Dog of the Day: Boo the Great Pyrenees

Yesterday’s dog was a tough act to follow, in many ways. (Not least of which was his many fans!) I had to do a little digging through my pictures to find someone worthy of sharing the stage with Nesta, but I think I succeeded.

I ran across this guy while wandering along Fillmore one evening, and I’m proud to say that I identified his possible breeds myself (with the help of Wikipedia.) Autumn confirmed that he was most likely either a kuvasz or a Great Pyrenees. (Edit: actually, Autumn thinks this is a Maremma Sheepdog. And, having now met a kuvasz, I can tell you, it definitely isn’t one of those. Aaaand editing again, because now, over a year later, I ran into this guy again, this time with his dad, and he is a Great Pyrenees named Boo!)

Four more pictures after the break. 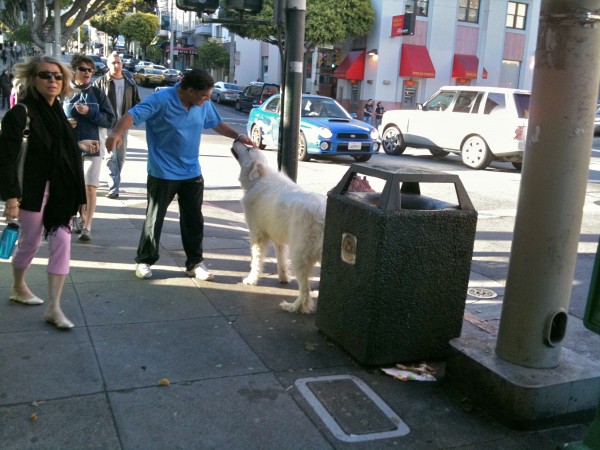 As I approached him for the first time, I thought, 'that's odd, someone's left their polar bear tied up outside a coffee shop.' 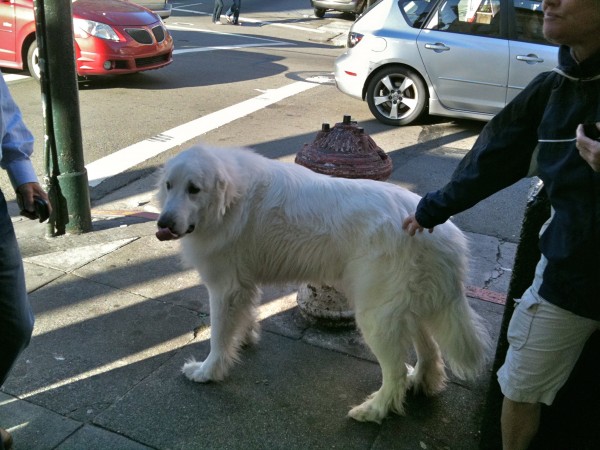 As I got closer, I realized that it was in fact a dog. Probably one bred to HERD polar bears. 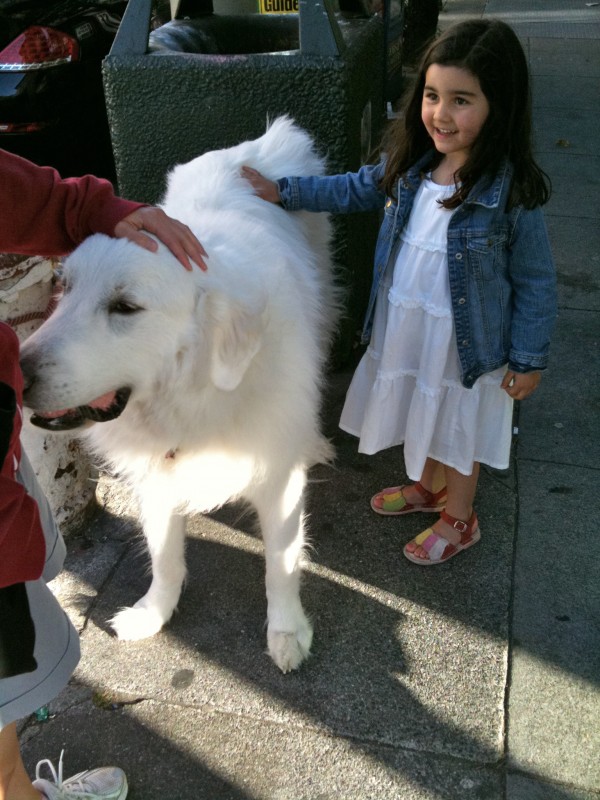 It's also obvious that he's a complete pushover. Look at that happy face. 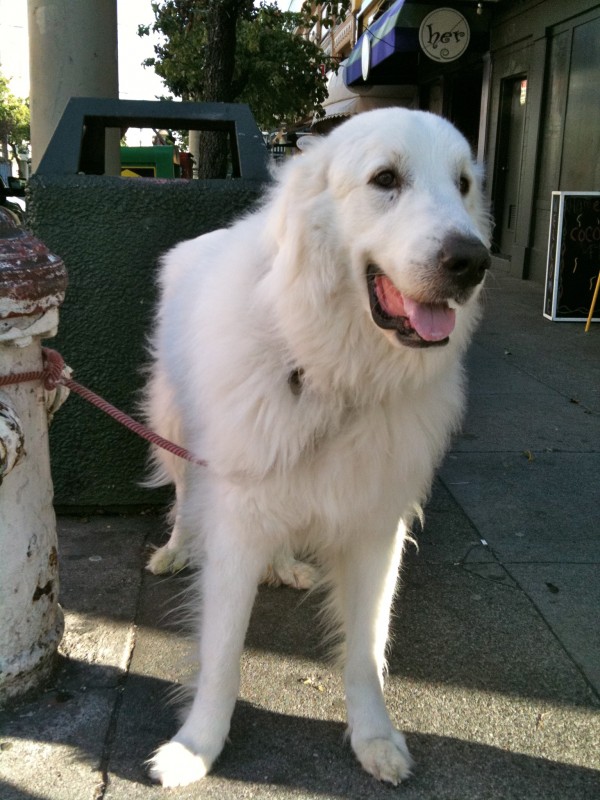 I wonder if he's a natural (platinum) blonde? 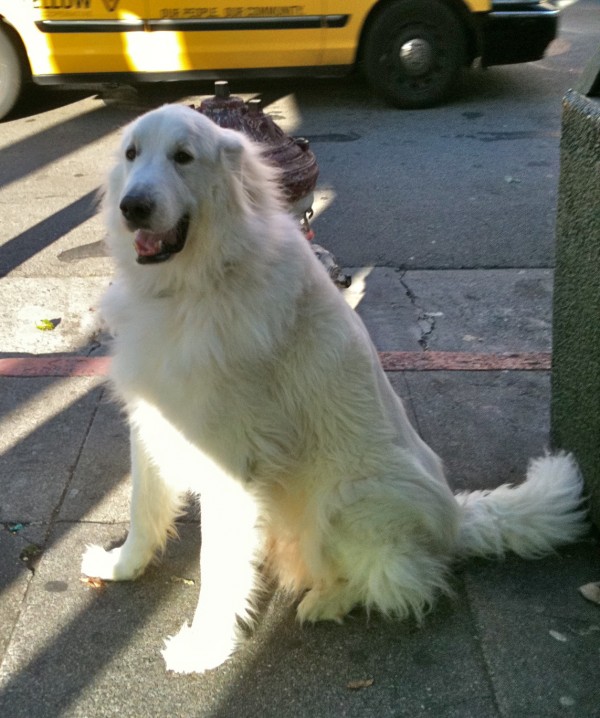 What a goofball. I gotta wonder, does he live in an apartment? And if so, does he have his own room?

This entry was posted in Dog of the Day and tagged Great Pyrenees. Bookmark the permalink.

3 Responses to Dog of the Day: Boo the Great Pyrenees