Dog of the Day: Nesta, the Chow/Golden/German Shepherd/Husky

Sort of cheating on the identification here, as this is what the dog owner heard from the shelter that he got the pup from. If I recall correctly, this dog is over 10 years old, but you wouldn’t know it from either the teeth or the attitude.

Anyway, there’s definitely something of all four of those breeds in there. Including the ‘I love everyone!’ attitude from the Golden.

Five more pictures, including a tailio close-up, after the break.

Update: Wow, lots of attention for Nesta today! Welcome to DoSF, everyone. Hope you hang around, though I’ll admit that not every dog is quite as spectacular as Nesta is. (Oh, and I’ll try to fix the two-star rating for Tucker’s mom. Not 100% sure how to, but it can’t be too hard… right?) 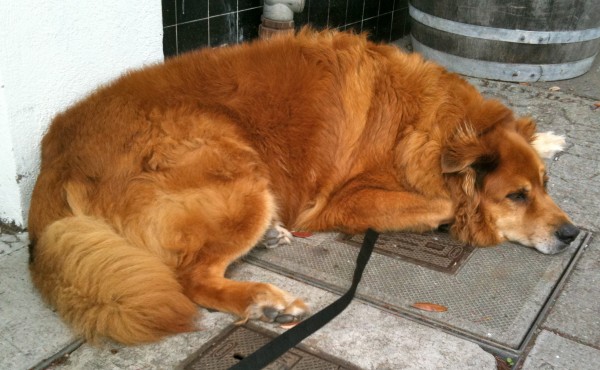 Super-soft fur. You just want to bury your face in it. And he isn't a smelly dog, so you wouldn't even regret it. 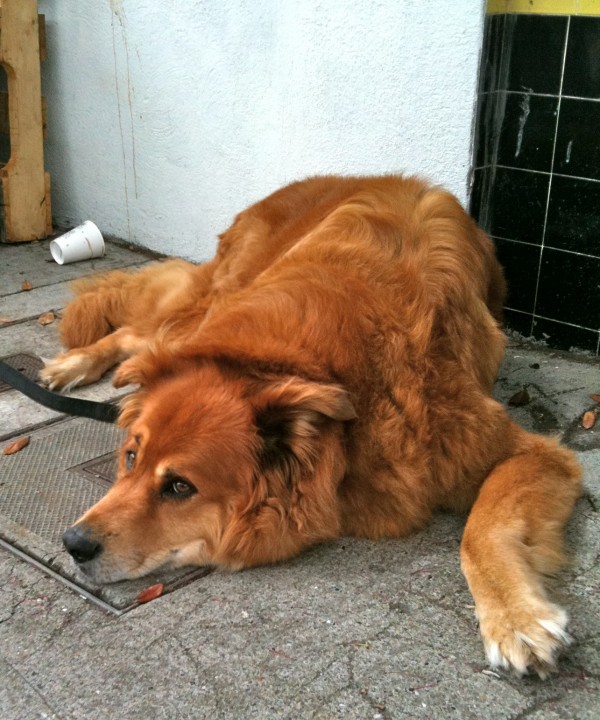 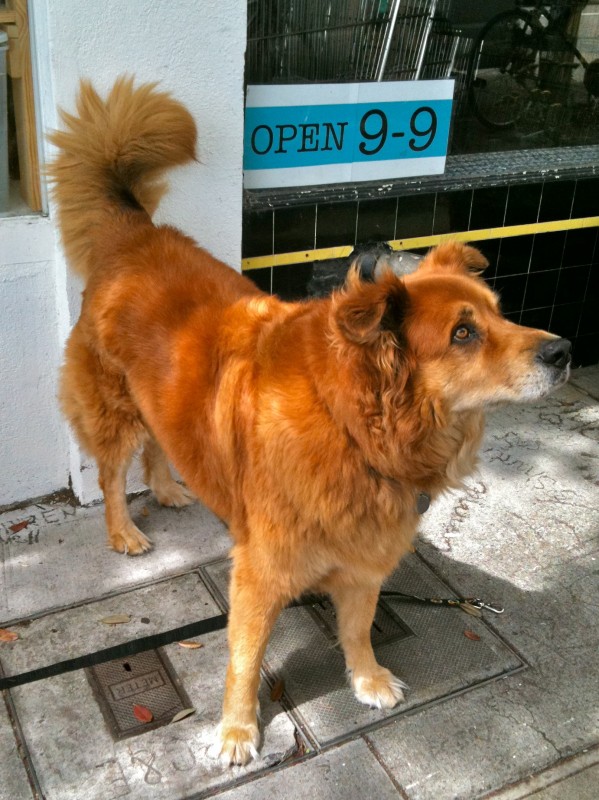 Very distinctive ears. Probably the result of a mix between golden (floppy ears) and the erect-eared dogs. 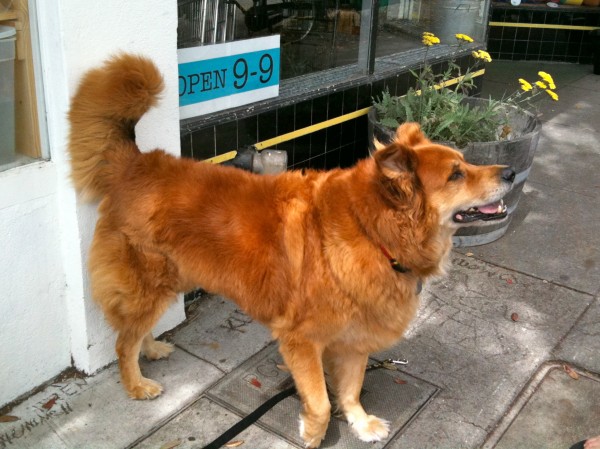 Look at that happy face. 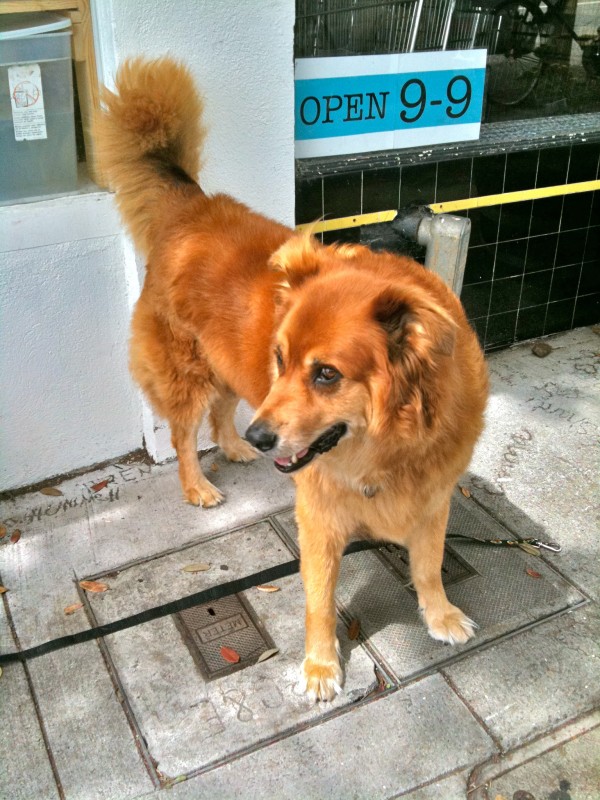 I hope that, whatever dog Autumn and I eventually get, he or she is as happy as this pup. 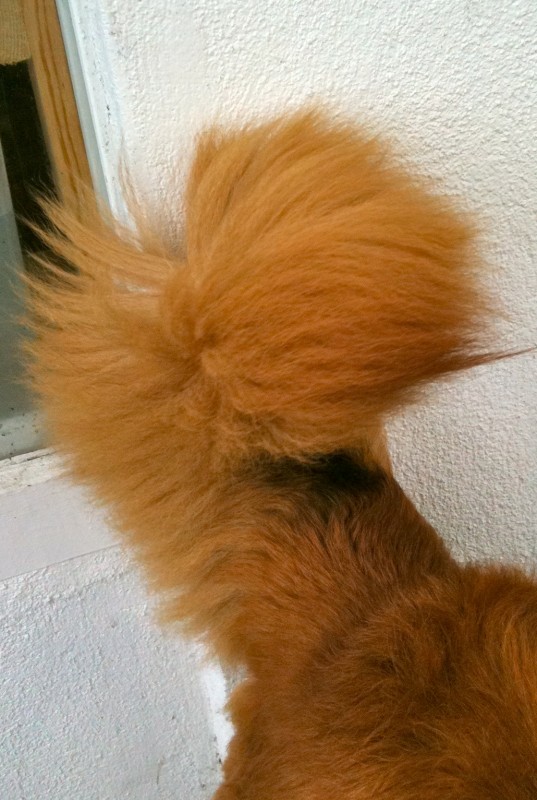 That black bit isn't a shadow, it's actually black fur. Apparently Nesta started out with a black stripe down his back, and it slowly receded until all that was left was a spot on his tail.

This entry was posted in Dog of the Day and tagged Chow, German Shepherd, Golden Retriever, Husky, Mixed Breed. Bookmark the permalink.

15 Responses to Dog of the Day: Nesta, the Chow/Golden/German Shepherd/Husky