Dog of the Day: Satchmo the Bouvier Des Flandres

Well, the only post I have on the blog prior to this that was marked ‘Bouvier’ is, shall we say, a hotly disputed identification. (And is almost certainly wrong… but I do try to go with what the dog owner tells me when I get an ID from them, so I’m going to leave it the way it is.)

However, I’m a bit more certain of this guy. The ears are so distinctive! However, the color is apparently a mismark, so this pup would never make it in the dog show circuit. Lucky for him!

Edit: How’s this for serendipity? I posted Satchmo on Thursday. On Saturday I ran into my second Bouvier ever (pictures coming soon), and his dad knew the owner of this one! His name is Satchmo. Also, apparently the source I got my information from above is wrong, because Satchmo is a two-time champion in the dog show circuit. It couldn’t happen to a fluffier pup. 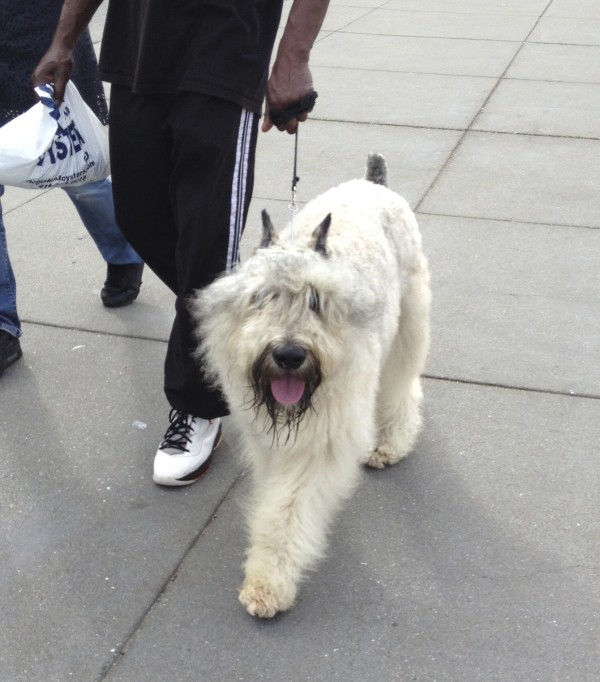 Assuming this is one, they’re cute! I wonder if the beard is really darker, or if this pup just got a drink recently. 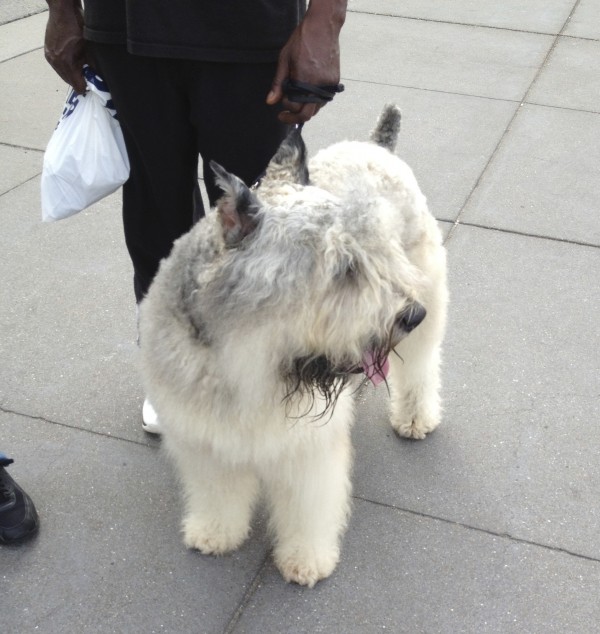 I want to play with those ears. Flickflickflick. I would probably annoy that dog no end. 🙂

This entry was posted in Dog of the Day and tagged Bouvier des Flandres, Embarcadero, Ferry Building. Bookmark the permalink.

5 Responses to Dog of the Day: Satchmo the Bouvier Des Flandres