Dog of the Day: Bedford the Australian Shepherd/Border Collie Mix

I ran into Bedford playing fetch in a tennis court a couple of weeks ago. Why in a tennis court? Well, it turns out that Bedford is deaf. White dogs are often deaf, especially those with a color pattern like his, which is often known as ‘extreme white‘. (It turns out to probably be caused by his having two genes for ‘white piebald’ (Sp) plus some other genetic factor that hasn’t been identified yet). Apparently the reason for this is that the little bitty hairs in your inner ear, the ones that let you hear by detecting vibrations, have to have some melanin in them, or else the nerve cells they’re attached to die in your first few weeks of life, and you’re deaf. You learn something new every day!

Anyway, Bedford definitely doesn’t let being deaf stop him. Hence the tennis court: if they play out in an open field, and something catches his eye, he can just gallop off into the distance, and it takes quite a while and a lot of running to get his attention and make him come back. One of the hazards of having a deaf dog that I never really thought about before. 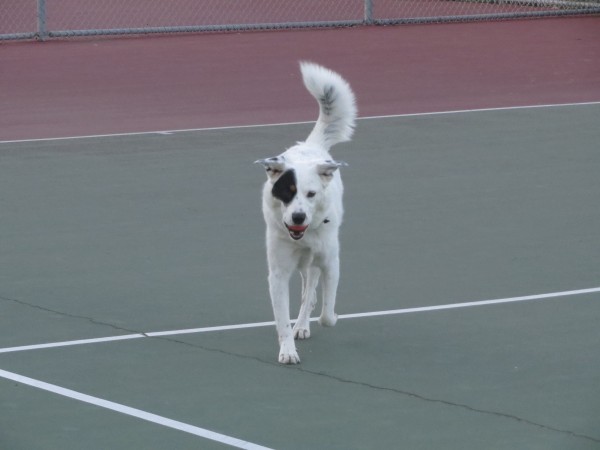 Bedford interrupted his fetch-playing for me. I actually felt pretty honored. 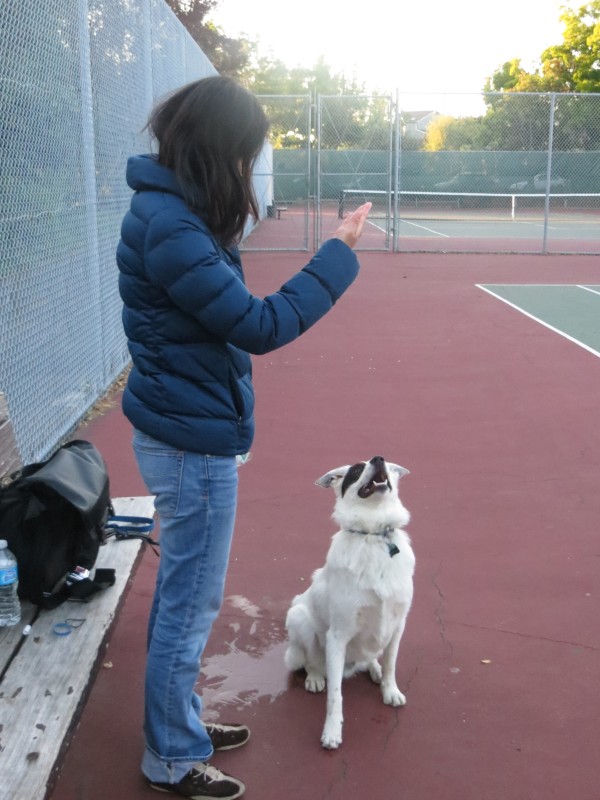 Once she had his attention, he was really obedient, especially for a 1-year-old. 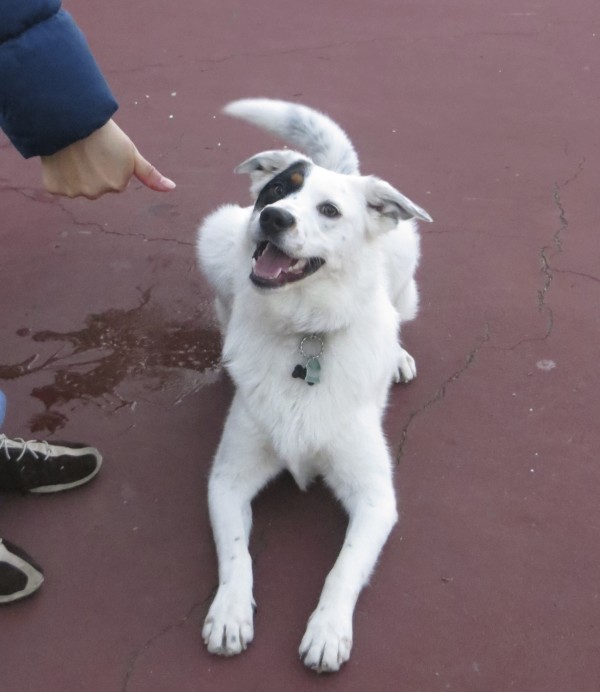 Happy smile. Also note the one brown eyebrow. It is so weird to see a dog whose color is officially black with tan points, white piebald, and he has almost no black, and exactly one tan ‘point’. 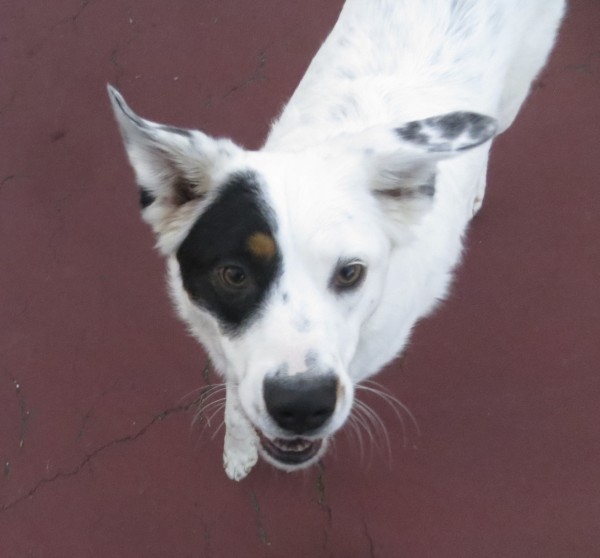 This is what happened when I petted Bedford for a while, and then turned to leave. He decided to herd me right back to his parents. Talk about hard to resist.

This entry was posted in Dog of the Day and tagged Australian Shepherd, Berkeley, Berkeley Greenway, Border Collie, Mixed Breed. Bookmark the permalink.