Well, I have to say, at first I thought this guy was a repeat customer: same color, same short legs, same long body, same dainty paw placement. However, there were a few things that dissuaded me. One, Zoë didn’t have the blaze of white on her chest. Two, his ears seemed a leeettle bit more pointed than Zoë’s. Three, he was definitely a ‘he’, or at least had been before the surgeons got done with him. And four, his mom was there and she seemed fairly certain that he didn’t have any corgi in him.

Looking at him, though, and at these pictures, I find myself totally unable to believe that last. Sure, he’s not a pure corgi, but there aren’t a lot of breeds that can make a dog like this out of… well… whatever his other parent was. Presumably something black, and with at least semi-erect ears. Black German shepherd, maybe. And possibly a Cardigan Welsh corgi… though that, of course, is just another shot in the dark.

He needs to meet Zoë, though. I think the two of them would get along splendidly.

One more picture, after the break. 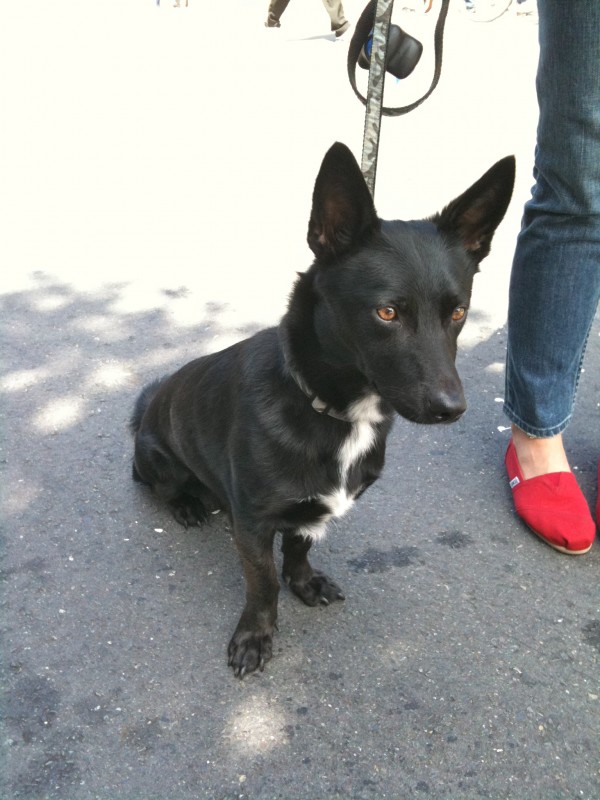 I have to say, whatever he was, he was very well-trained, and resisted temptation admirably. Hmm, maybe he wasn't half-corgi at that. 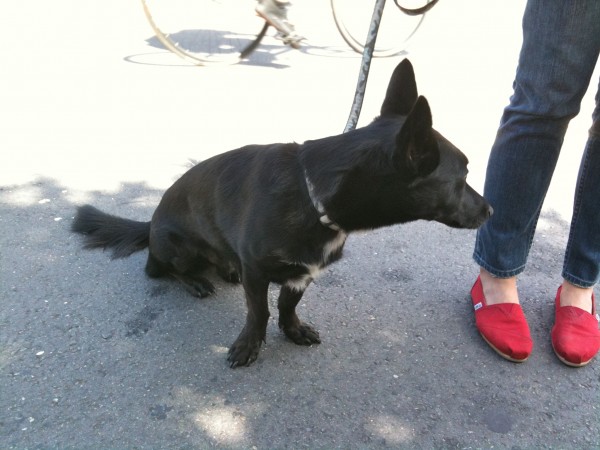 Even only a little distraction from the bicyclist passing close behind. He didn't stand up, despite temptation.

This entry was posted in Dog of the Day and tagged Cardigan Welsh Corgi, German Shepherd, Mixed Breed. Bookmark the permalink.

13 Responses to Dog of the Day: Black German Shepherd/Corgi mix