I was witness to a bit of doggie-related drama in Golden Gate Park last week. While my company was having their annual picnic, a husky and a miniature dachshund… ah… had some sort of unfortunate interaction. I didn’t see the actual altercation, just the aftermath. As far as I could see, the minidach wasn’t seriously hurt, but it did spend a fair bit of time yelping like it had had a leg severed and just in general being obviously terrified. The husky was, of course, just fine.

So, I can say from an eyewitness’s standpoint: don’t walk your dog off-leash in Golden Gate Park, at least right now. The police are really, really overanxious after a couple of recent dog attacks in the park. When the owner of the minidach called the police, they sent out three patrol cars and an animal control van, and found the owner of the husky lounging on the grass with his (very-well-behaved) dog. The woman with the minidach was a wee bit overwrought, and although I couldn’t hear what she said, her tone certainly sounded like she was telling the officers that they should shoot the husky, and his owner in the bargain. The husky’s owner seemed like a reasonably responsible dog owner, from what I could see, but then, in front of the cops, how else are you going to act?

Methinks certain dog owners get a bit oversensitive. If her dog was injured, it was on the level of a child with a skinned knee. These things happen, on or off leash — in fact, I’ve seen two dogs get nipped in SF, and in both cases both dogs were on-leash at the time. Nobody was seriously injured, those two times or this time.

Anyway, the husky appeared to be rather amused by the whole thing. Is it just me, or are huskies some of the smuggest looking dogs I’ve ever seen? Four more pictures, after the break.

For some reason, Siberian Huskies all remind me of Calvin from Calvin and Hobbes. 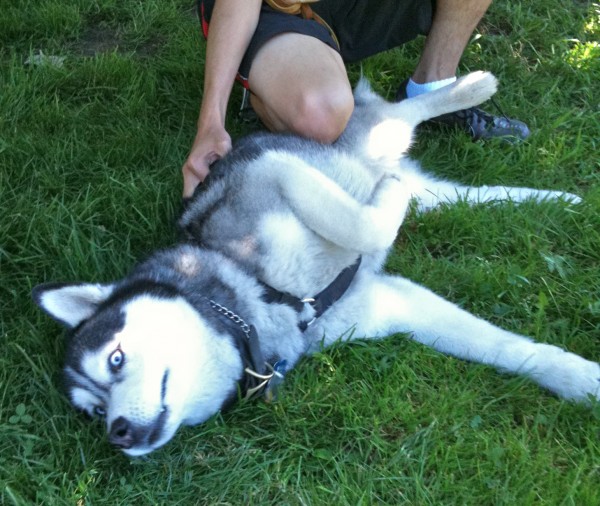 He's a terribly vicious dog. I can tell by some of the wagging, having seen a number of vicious dogs in my time.* (* © teh Intertoobz) 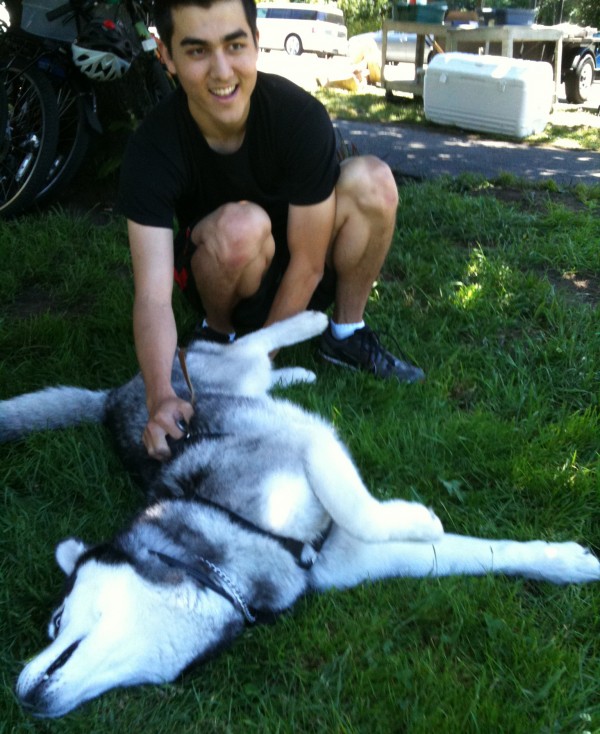 Aww. I can see that someone knows exactly where the itchy spots are. 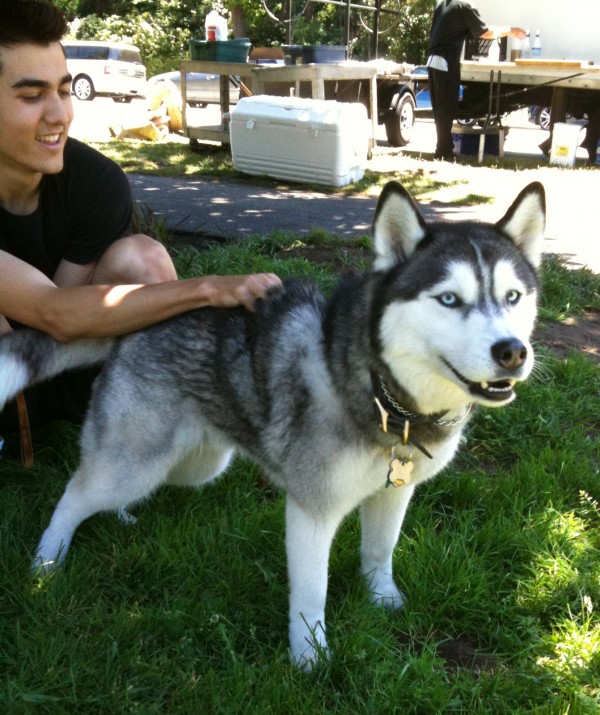 So, a question: do you think this dog owner resembles his pet (and vice versa)? 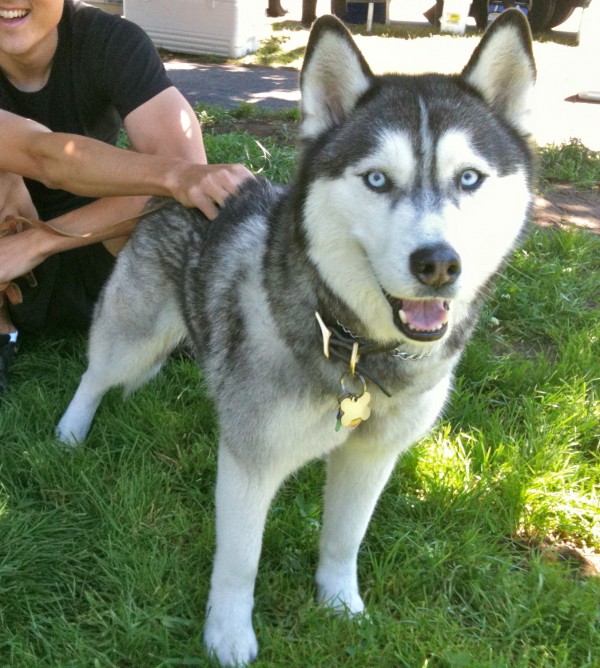 Yeah, I'd say he's none the worse for wear for his little altercation with the police.

This entry was posted in Dog of the Day and tagged Siberian Husky. Bookmark the permalink.

3 Responses to Dog of the Day: Mad Siberian Husky!