Dog of the Day: Gus the Belgian Shepherd Chow Mix

I just ran into Gus today, but I absolutely adored him, and so, when I found myself offloading the pictures from my phone for an unrelated reason, I decided that I just had to post him.

He’s 13 years old, he’s an utter sweetheart, and he loves everybody (and two other people stopped to pet him while I was standing there, so it looks like everybody loves him, too). Plus, the pictures don’t quite do him justice… what he looks like is nothing so much as a perfect photographic negative of a samoyed. (And I ran one of my samoyed pictures through a negative-creator, so I know whereof I speak.) 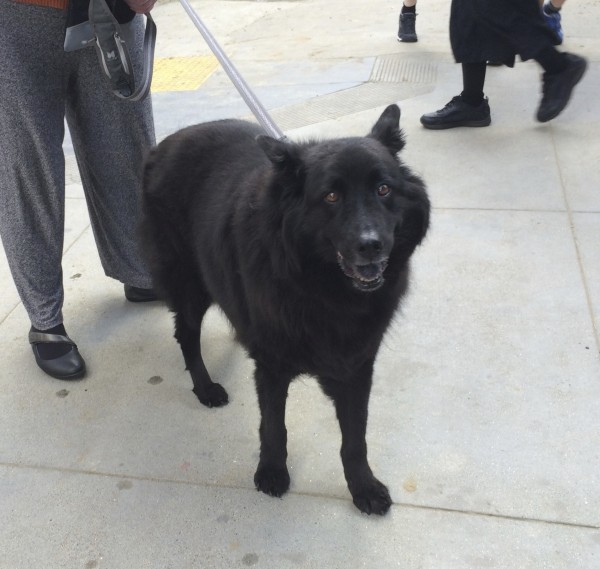 He has a very, very dark blue tongue. 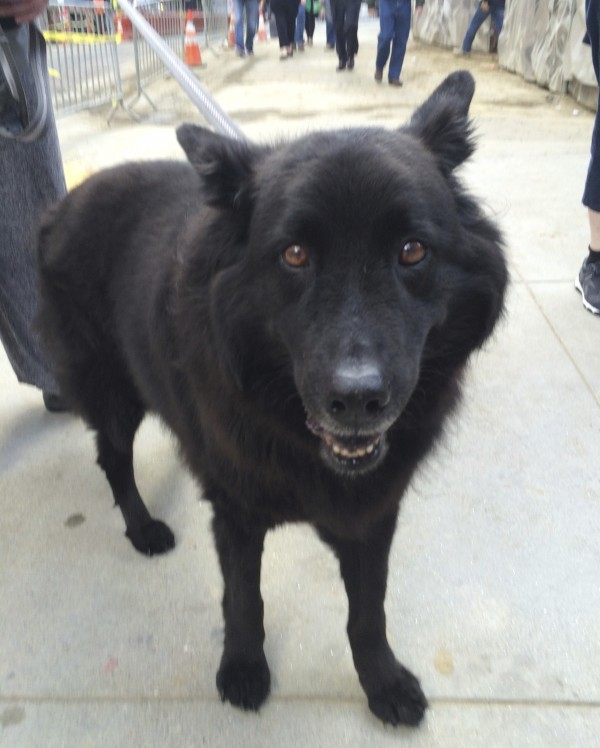 Really unusual combo. I’ve only ever met one Belgian shepherd cross before.

This entry was posted in Dog of the Day and tagged Belgian Shepherd, Chow, Mixed Breed, Union Square. Bookmark the permalink.