Dog of the Day: Ein the Pembroke Welsh Corgi

It’s about time for another corgi. And this time we have Ein, a pup I’ve run into a couple of times now in different places. (Once along the Embarcadero, once in Chinatown.)

I heard that Ein had a twitter feed, but I didn’t catch what it was called and I can’t find anything terribly likely to be her. I do wonder if this is her linkedin profile, though.

Several more pictures, after the break. 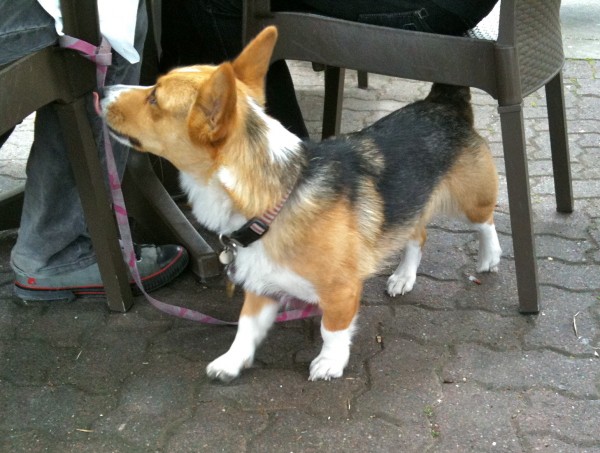 Someone knows exactly which side of the bread the butter is on, and just who to suck up to. 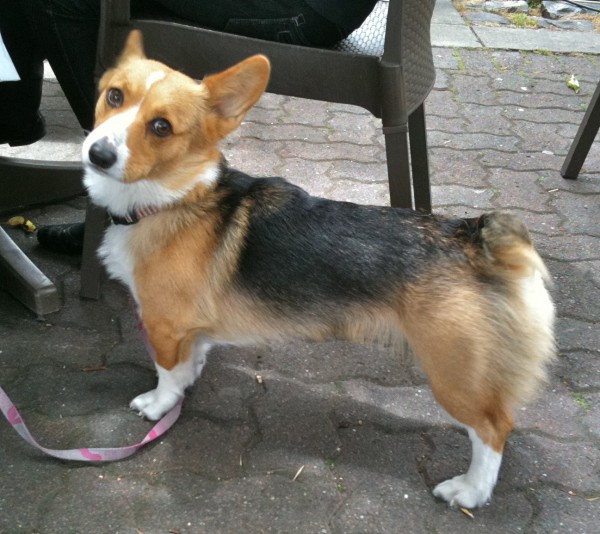 She looked a little bit dubious once I finally got her attention. 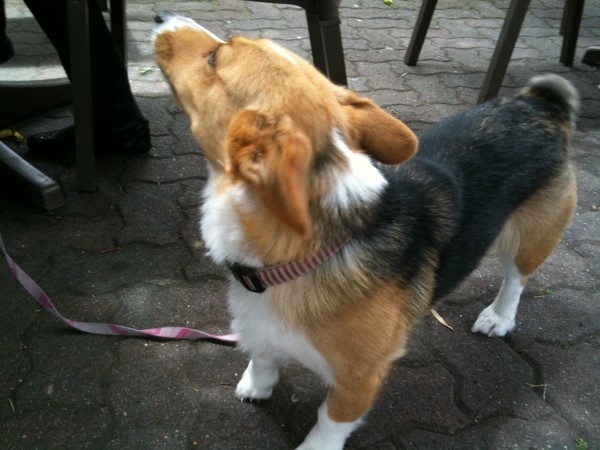 Consulting mom and dad before she comes over to investigate me. She got the go-ahead. 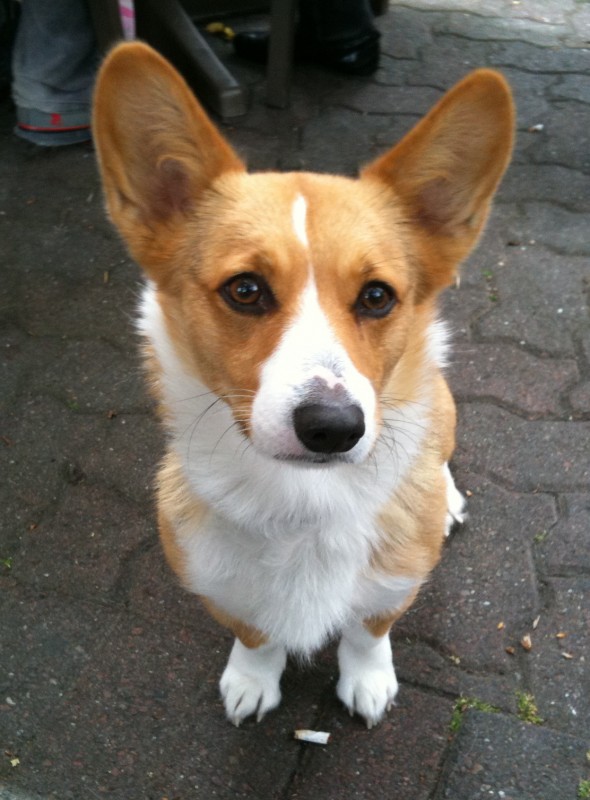 Awww. So very attentive. And I didn't even have any snacks for her. 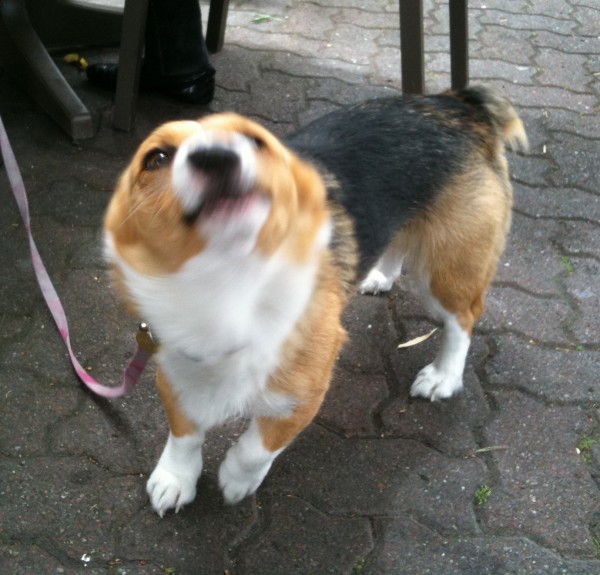 Not sure what Ein was doing in this picture, but man, does it look goofy! 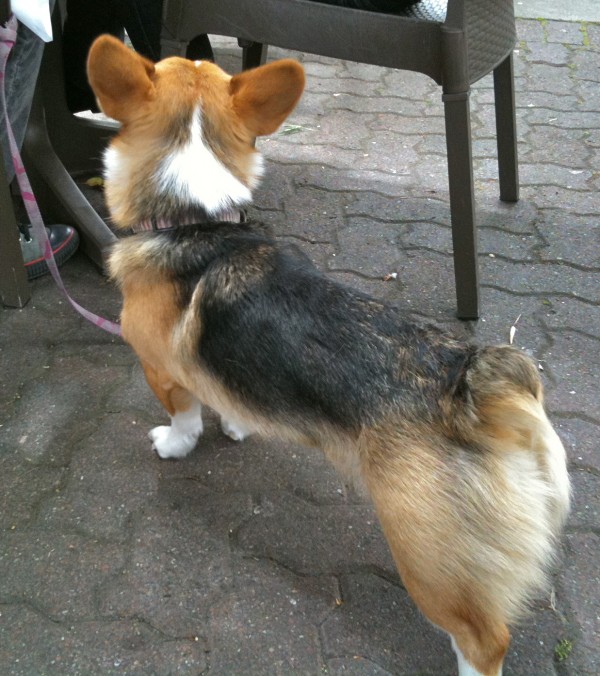 Corgi butts are just as silly as the rest of them. Look at that little stub tail. 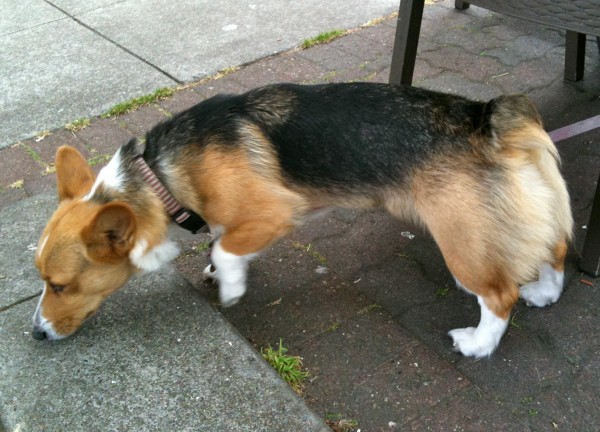 Long, thin, and bendy in the middle... if you added an articulated section, Ein would closely resemble a fuzzy Muni bus..

This entry was posted in Dog of the Day and tagged Pembroke Welsh Corgi. Bookmark the permalink.

1 Response to Dog of the Day: Ein the Pembroke Welsh Corgi