Okay, I admit it, I’m really bad with the small curly-furred white dogs. I don’t think this one has the ears to be a poodle, and she isn’t shaped right to be a bichon. Wrong ears and too big for a Westie. Coton de Tulear, perhaps? I dunno, looks a little big?

Eh. Whatever. It’s a super-happy and adorable dog. The rest is, ahem, window dressing.

(BTW, I just spent around 45 minutes editing pictures for an epic post, and I still have another 45 minutes of work at least to go. Maybe tomorrow, maybe Friday.) 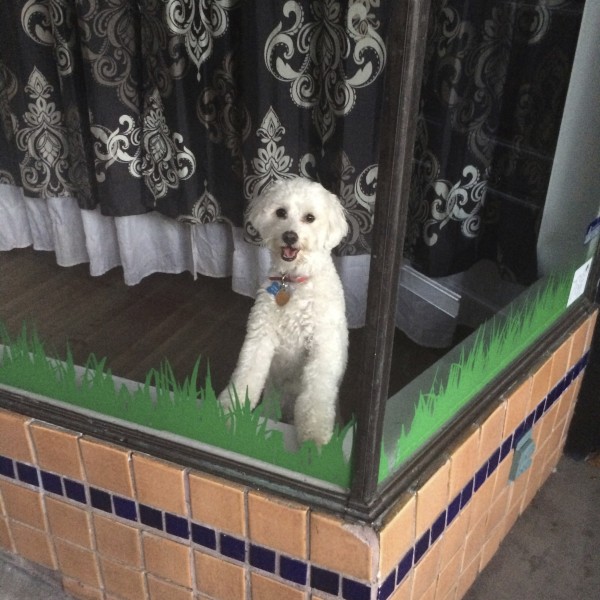 It was late in the evening and this was a (closed) dog grooming parlor. But I happen to know there was someone in the back… pretty sure the dog was supposed to be in back with them, and not in the window, though. Well, I won’t tell if she won’t.

This entry was posted in Dog of the Day and tagged Near Home, Nob Hill, Unknown Breed. Bookmark the permalink.