So frustrating. I took a whole mess of pictures of the most adorable little German shepherd puppy, 2 months old. Not a single one came out sharp enough to post, except one where he had his back to the camera. That’s what happens with puppies in any but the absolute best possible light. Sorry, Maxx… maybe next time!

Almost the same experience with Cal, a 14-week-old Cavalier King Charles spaniel/poodle mix, but I got one or two that were almost acceptable of him walking around free, and then captured him for a shot. Needless to say, he wasn’t complaining. 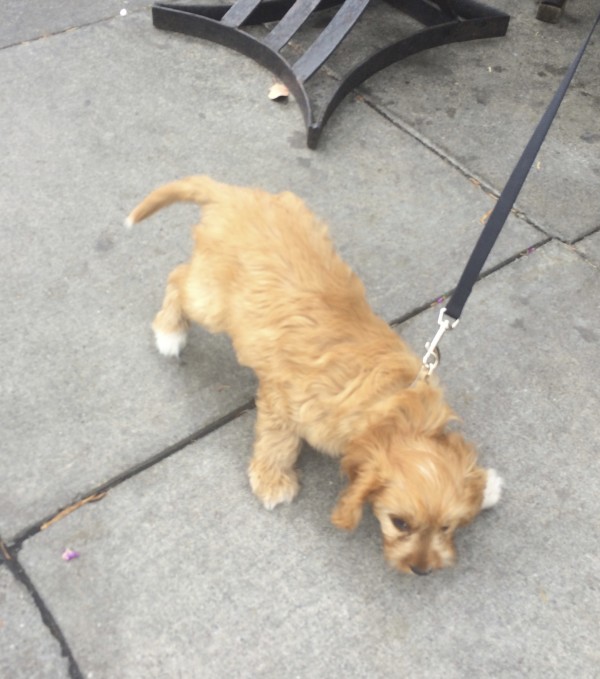 Cal is a scurrier. Turn around for a tenth of a second, turn back, and he’s somewhere totally unexpected. 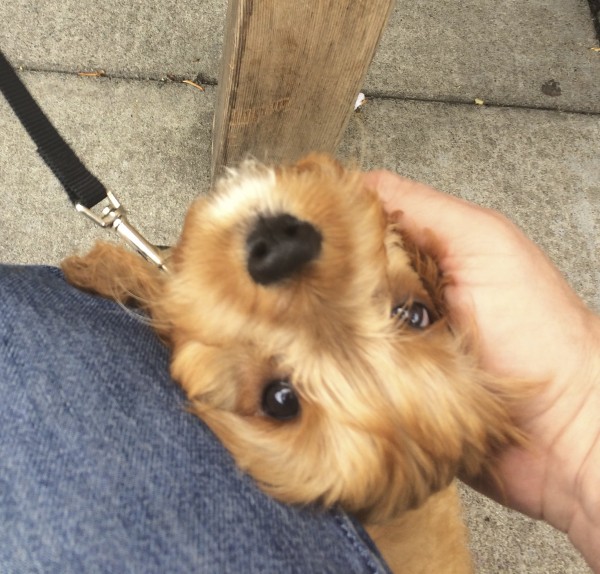 He was a most obliging sort. He would have stayed like this for as long as I wanted to pet him.