Dog of the Day: Asics the Great Dane/Weimaraner

For a Great Dane/Weimaraner mix, he sure is a chocolate lab, isn’t he? Well, he’s young yet, he will probably get bigger and may look a little different when he’s fully grown. And in the mean time, he’s adorable. And super-goofy.

His (human) dad is an avid runner, apparently. I dunno, I’m not sure I’d name my dog after my shoes (then again, ‘New Balance’ is a much sillier name than ‘Asics’), but if he ends up chewing on dad’s shoes, the name will end up looking prescient.

Five more pictures after the break. Several of them are quite goofy. 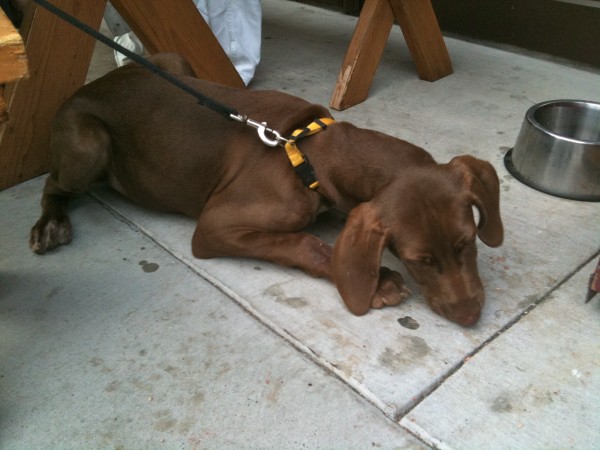 Look at the funny hind-leg position. Looks like a frog-dog! 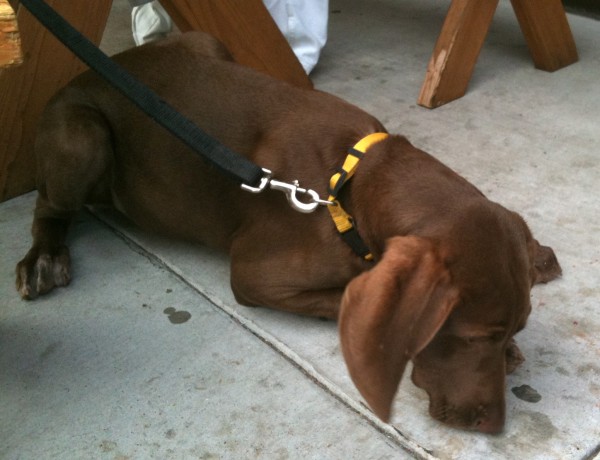 One of the hints that he's not a chocolate lab: I think that ear may well be TOO large and floppy for a lab. 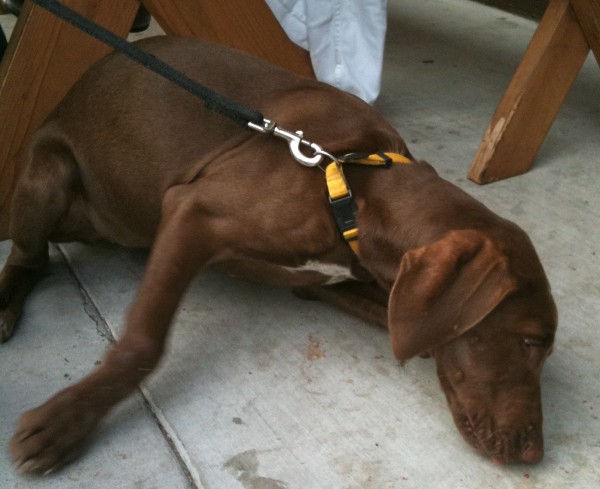 There's the other hint that he's not a lab... a little splash of white on his chest. He also has some on his hind toes but it's so little that it's easily mistaken for some dust. 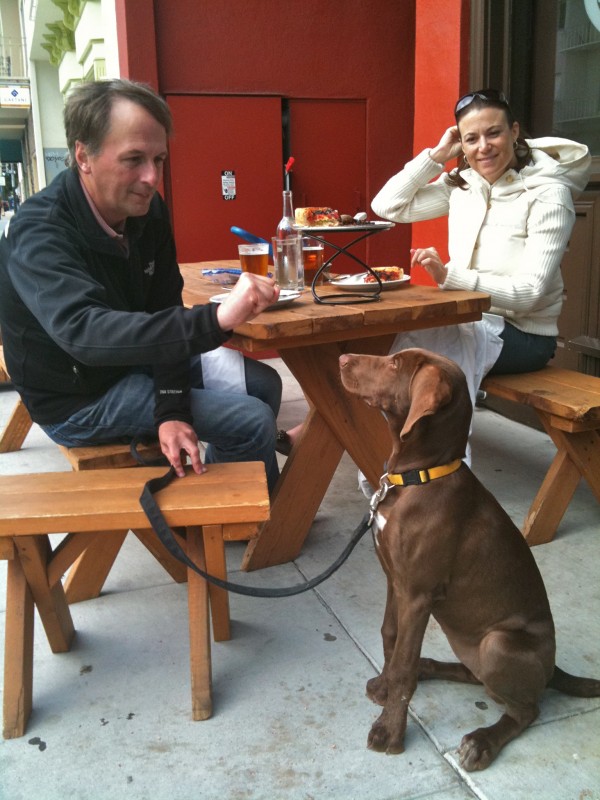 Smart and obedient pup, especially for such a young dog. Kudos to the mom and dad. 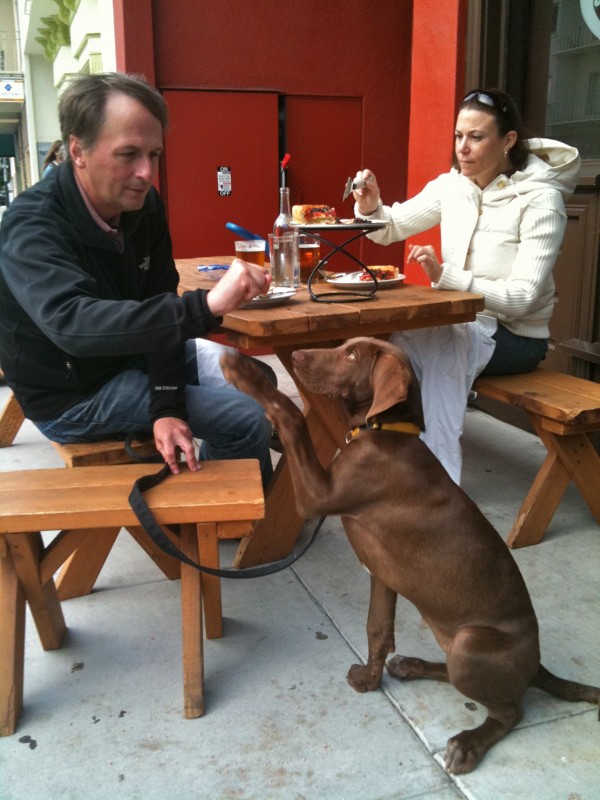 One of the tricks in progress. Unfortunately, the shot I got of the 'reward' part of the operation was too blurry to use. 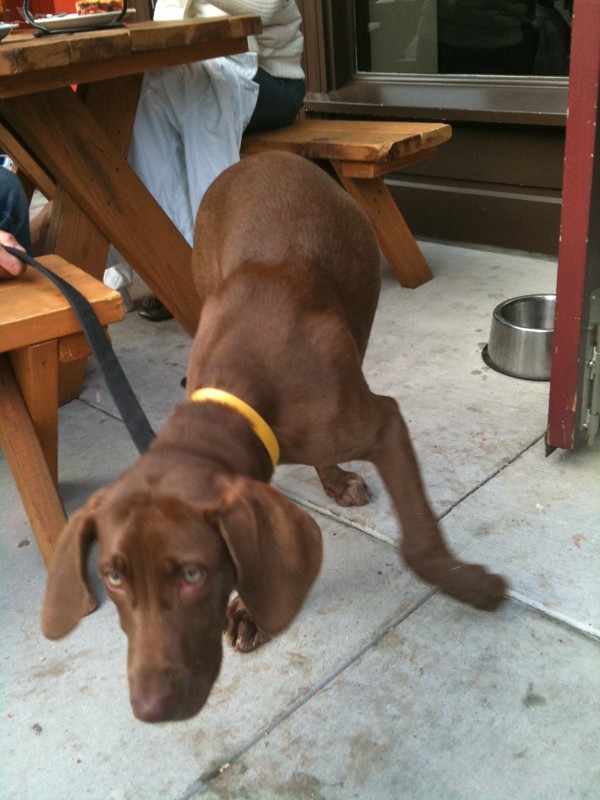 This entry was posted in Dog of the Day and tagged Great Dane, Mixed Breed, Weimaraner. Bookmark the permalink.

3 Responses to Dog of the Day: Asics the Great Dane/Weimaraner