Dog of the Day: Katara the Australian Shepherd Mix

I asked if she was ‘Cat’ for short, but apparently not. Which is a shame because I like the idea of a dog named Cat. Instead, if I recall correctly, she might’ve been ‘Tara’ for short. She’s apparently an Australian shepherd mix, although mom didn’t know mixed with what, and she’s one year old. And very curious, and perhaps just the slightest bit rambunctious.

Pictures taken during a rainy day in San Francisco. Fortunately a couple of them came out all right, because the other fifty or so were totally blurry. So I guess you can add ‘fast-moving’ to the adjectives above, too. 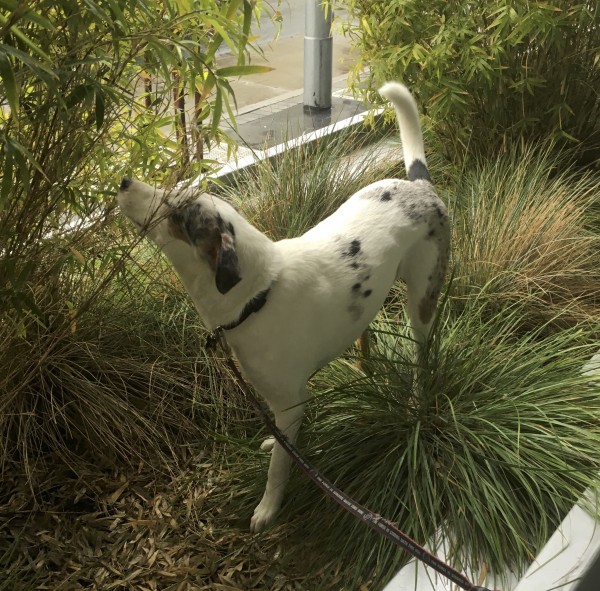 When I first saw her she was investigating a planter out in front of a building. Well, you have to take the time to stop and smell the flowers. 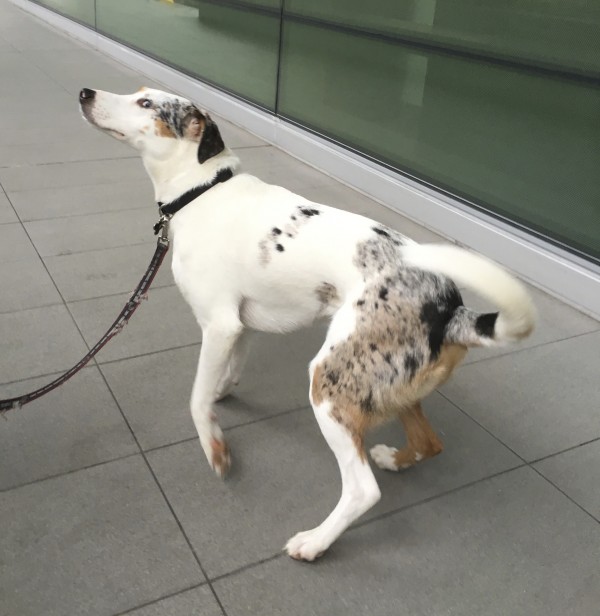 Keeping a careful eye on me.

This entry was posted in Dog of the Day and tagged Australian Shepherd, Mixed Breed, SOMA. Bookmark the permalink.

2 Responses to Dog of the Day: Katara the Australian Shepherd Mix