Dog of the Day: Doug the Standard Dachshund

Doug the standard dachshund is 8, and therefore predates the golden retriever in Up, but he’s very used to being asked whether that was the inspiration for his name.

No matter how many other dachshunds I see, standard dachshunds (which are surprisingly big when you’re used to the miniature ones) that are this chocolate brown in color will always be the ones I think of as ‘real dachshunds.’ These (not-so-) little guys were bred to go down into badger holes, and come back with the badgers. And badgers are mean little suckers. That makes the dachshund, goofy-looking as it is, a mighty little warrior. 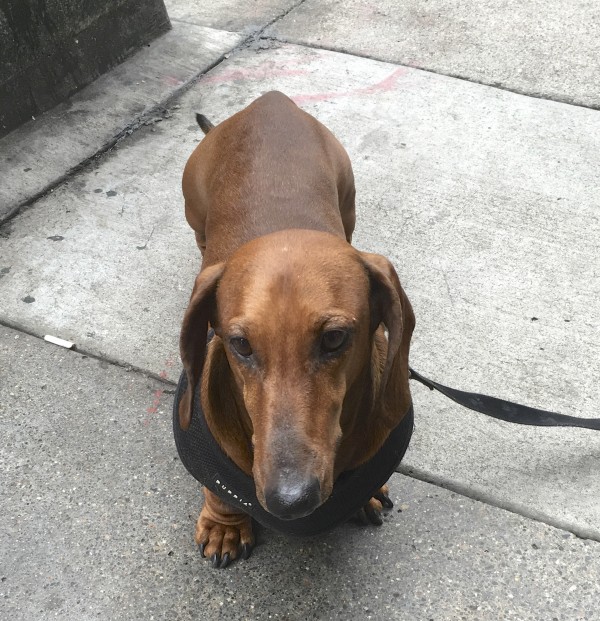 The color reminds me of chocolate. Maybe that’s why I like them so much. 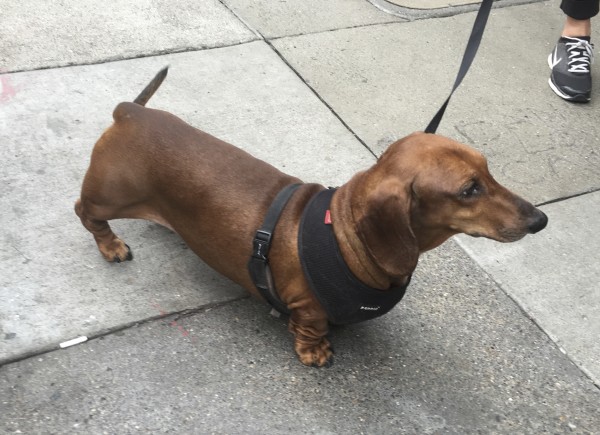 Ever seen one of these guys dig? It’s pretty amazing. 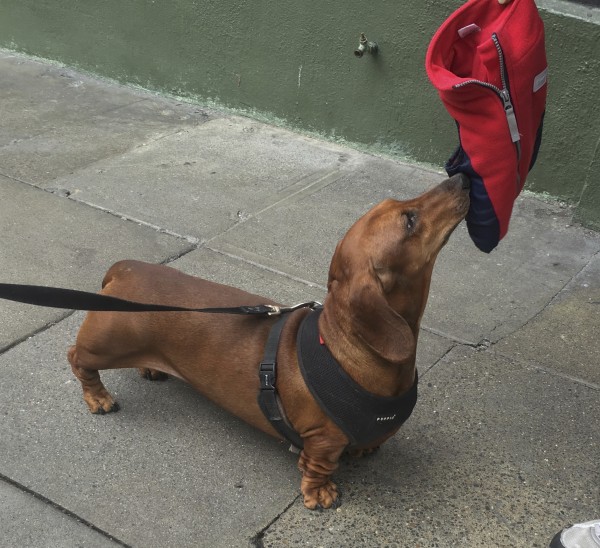 I don’t know if that’s a dog jacket or what. It doesn’t seem nearly long enough for a dachshund.

This entry was posted in Dog of the Day and tagged Standard Dachshund, Tenderloin. Bookmark the permalink.