So I’m now dogsitting for Tidus for most of March, dropping by one or two times a day (Autumn’s taking him two or three times a day) while his parents are out of the country. I spent much of the last two weekends with him, just hanging out and doing computer-work from there. I took a break to go down and get some lunch, and who should I see but another red Pembroke Welsh corgi!

Shhh, don’t tell Tidus. Not that it would matter, he knows I like him best. (BTW, will be posting updated Tidus pictures soon.) 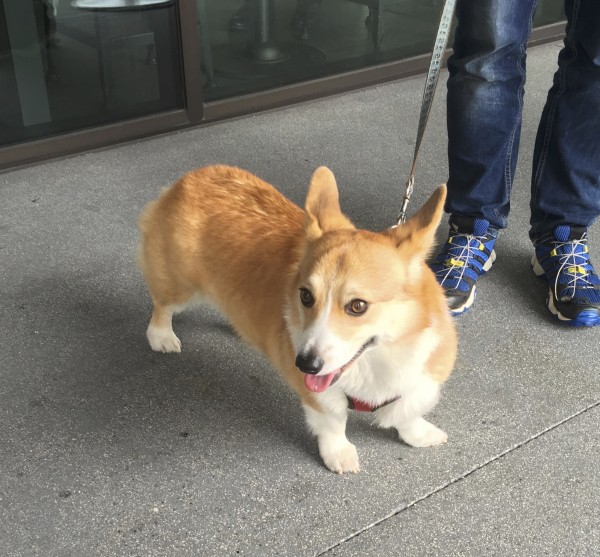 That’s a young’n. Not that all corgis over the age of 11 months or so aren’t the same age: old enough to know better, young enough not to care.

This entry was posted in Dog of the Day and tagged Pembroke Welsh Corgi, SOMA. Bookmark the permalink.

2 Responses to Dog of the Day: Red Pembroke Welsh Corgi