Dog of the Day: Deputy Brown (AKA Deps) the Naughty Dog

I was on my way home today and I saw this adorable pup coming towards me down the sidewalk, and of course y’all know what I do when that happens. Well, no, not take pictures, at least not this time: it was kind of dark, since I was heading out late-ish. But yes to cuddling. Of course. And the pup’s mom mentioned that her name was ‘Deputy Brown’, and I thought, gee, that name sounds familiar.

And then she said “And she was preeeeeetty naughty today,” and I looked at her and thought, “Nooo, not this dog, this dog would never be naughty.” And then she showed me some pictures, and I thought, “Yes, okay, yes, that would definitely qualify her as a naughty dog.”  And I said, “Okay, you have got to mail those to me. Because I have got to share those on my blog.” And I tried my best to get a few non-blurry ones of her to go with the… disaster photos. And by the time I was home, I had a couple of those disaster photos in my inbox to share with y’all. (So say thanks in the comments for me, would you?)

And then I checked, and sure enough, I had indeed posted some pictures of Deputy Brown, aka Deps, aka Deputy Hunter Pinot Brown the First, before. They were from when she was 4 months old. And although I did manage to misgender her in them, they were still ridiculously adorable. And so she remains. Even if she is a bit of a naughty dog. 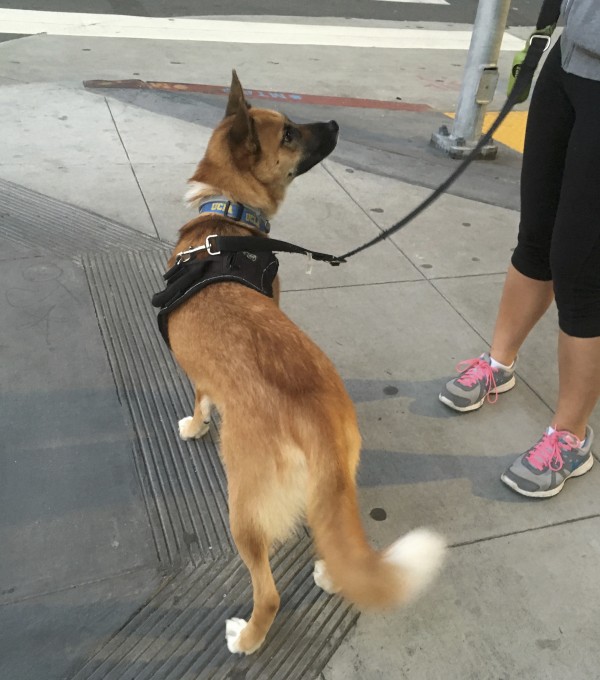 She’s littler than she looks in this picture. I would never have guessed that she would have stopped growing at this size, but it’s adorable. 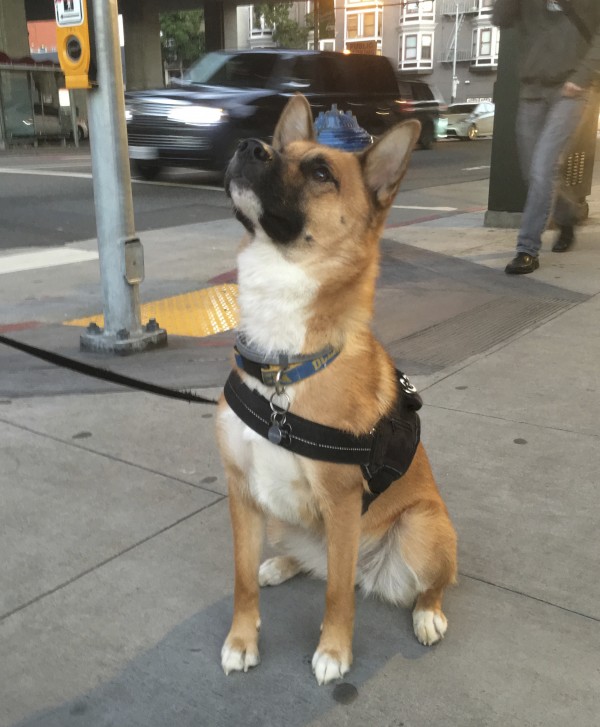 For a petite dog, she sure has the ‘noble dog’ gravitas down pat. Though that might’ve been guilt. 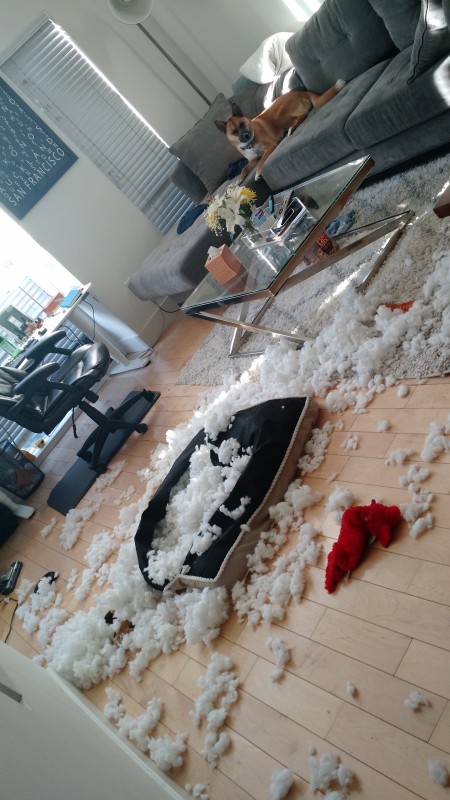 So yes. This happened. 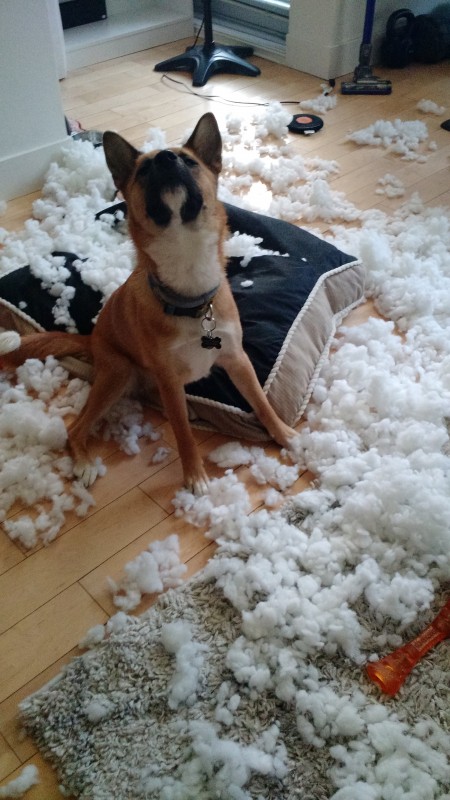 Poor Deps. I’m pretty sure she was embarrassed about this. For a few seconds, anyway.

5 Responses to Dog of the Day: Deputy Brown (AKA Deps) the Naughty Dog