A few weeks ago, I was walking past the laundromat that is the occasional home of Cody, AKA laundrypuppy, when I discovered that Cody had a friend! I didn’t get her name, but apparently she shows up there occasionally because Autumn said she’d seen her there before. 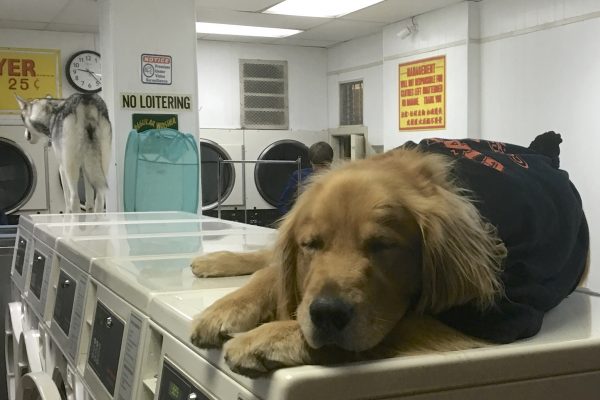 I suspect Cody might have spent the day trying to keep up with a husky. Which strikes me as pretty tough. 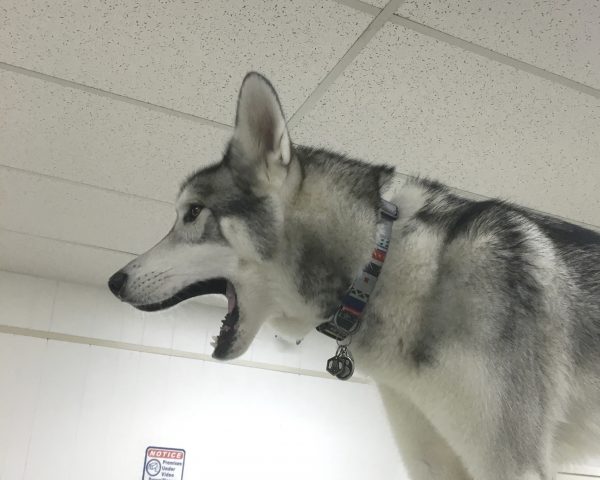 I love that moment when a dog starts to yawn and it makes them look utterly shocked. 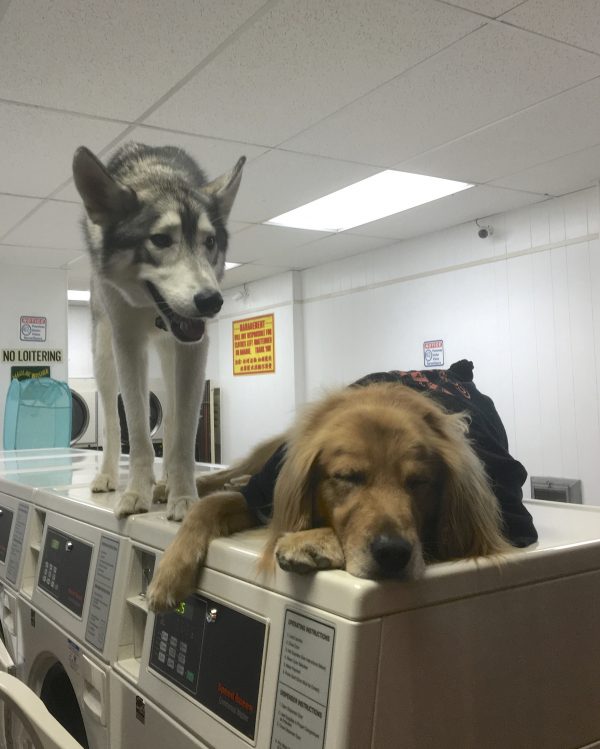 The husky saw me petting Cody, and of course couldn’t let someone else get the attention without getting some herself.

She must be a pretty well-behaved husky, because she had the run of the place, with an open door. 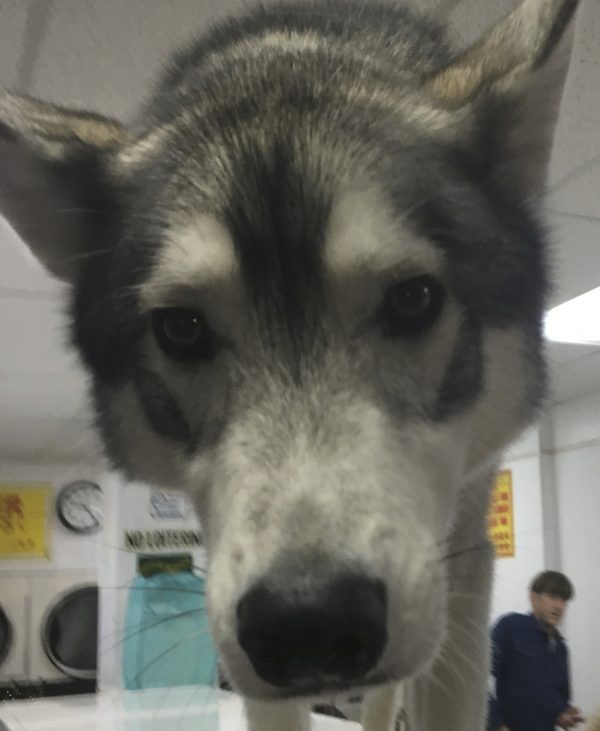 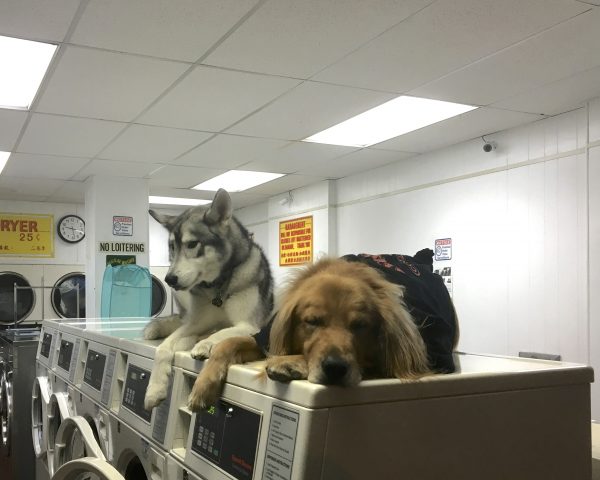 If you look VERY closely you can see just a teeny bit of tongue poking out of the husky’s mouth.

This entry was posted in Dog of the Day and tagged Golden Retriever, Near Home, Nob Hill, Siberian Husky. Bookmark the permalink.