Dog of the Day: Tadich the Basset Hound Mix

As for the pup… god, I don’t know what he is, aside from utterly ridiculous. He’s definitely half basset, there’s no question with those feet and ears. But what breed has the strength to drag basset ears more than halfway up? If I were forced to make a guess I’d say basenji, although there are a lot of dogs that look like basenji mixes and nowhere near as many that actually are. Still, something about his face… 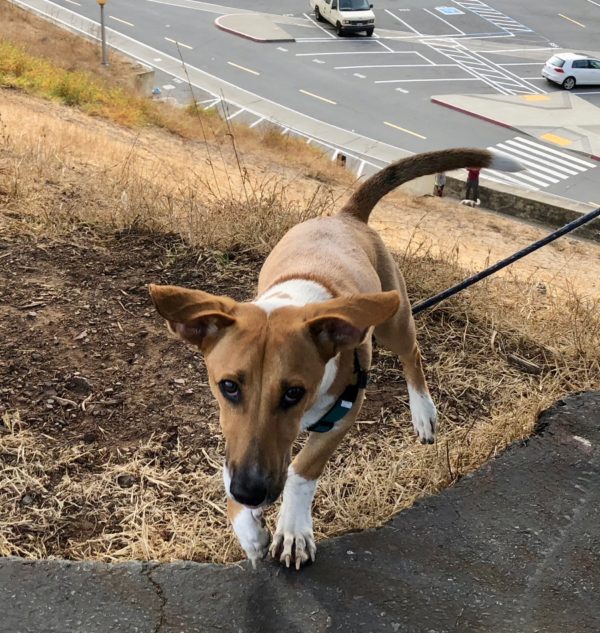 I was at the top of a staircase when I saw Tadich coming up. I had to wait at the top because his ears took up the whole width, leaving me no room to pass. 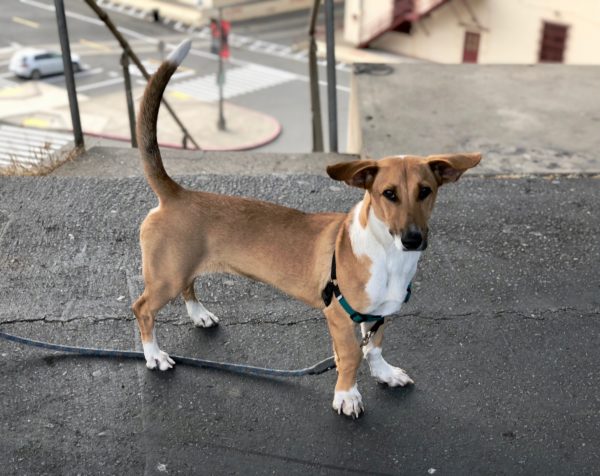 What would a half basenji, half basset be, anyway? A bassetenji? A bassinet?

This entry was posted in Dog of the Day and tagged Basenji, Basset Hound, Fort Mason, Marina. Bookmark the permalink.

2 Responses to Dog of the Day: Tadich the Basset Hound Mix