I took a rather… ambitious bike ride yesterday, up to Springfield and back in a big circle. I estimated 50 miles but it turned out to ‘only’ be 46. And I did, to be fair, have an electric bicycle helping me. However, I also had more than 30 pounds on my back for more than half of the way. My shoulders are still sore, as are my legs, and both of them will probably be more so tomorrow.

Oh, also, the return half was done in the dark. Which was mostly very nice, interspersed with the occasional moment of utter terror. 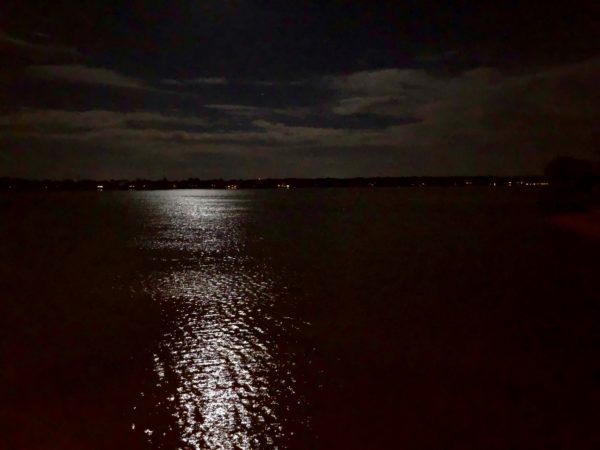 There’s a little bitty bridge that cuts Lake Springfield in half. Almost nobody seems to use it, especially at night. I can’t imagine why not, nor why, in that case, it was built at all. But it made a great bike route!

This entry was posted in Sunday Switchup and tagged Illinois, Landscape. Bookmark the permalink.