I’ve been doing this for well over a year now, and there are still dogs in my very neighborhood that I’ve never seen before. I’d remember either of these two if I’d run into them.

Mulligan is the golden foofball, obviously, and for a Golden/Bernie, he’s an oldster: he’s going to be 13 in March! In Bernese Mountain Dog years, that’s about 130 years old. And he seems astoundingly healthy and happy, too: from looks and demeanor, I would have guessed he was about 3 or 4.

Kaya, whose name means ‘unusual beauty’, would by process of elimination be the one in the back gnawing away. She is only one and a half years old, and really does live up to her name. She has gorgeous eyes. She’s also a bit monomaniacal in the ‘food’ department… she didn’t mind me petting her at all, as long as I didn’t require her to take her attention away from her chewy thing. 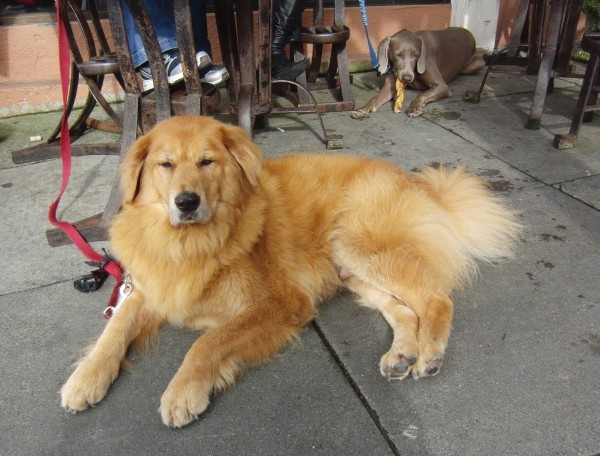 Look at those humongous paws. Look at that ruff of fur around his neck. If his ears stood up a bit, I'd be shouting "OH MY GOD! IT'S A LION! GET IN THE CAR!" 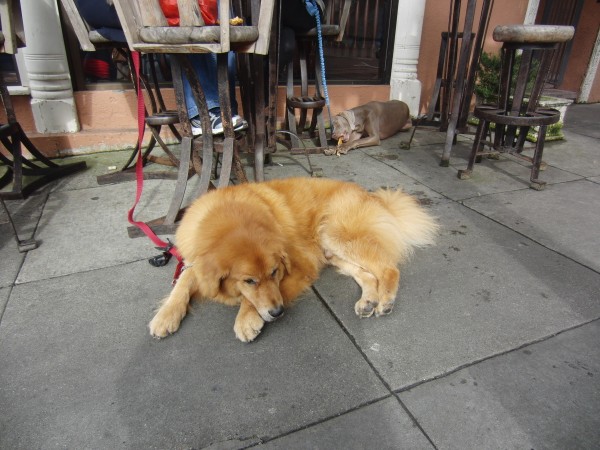 He totally looks like a big foofly pillow when he sleeps. 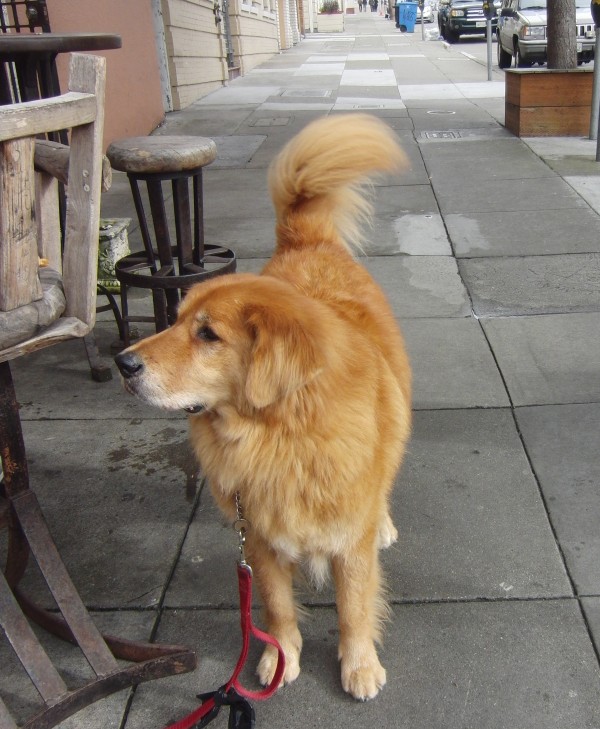 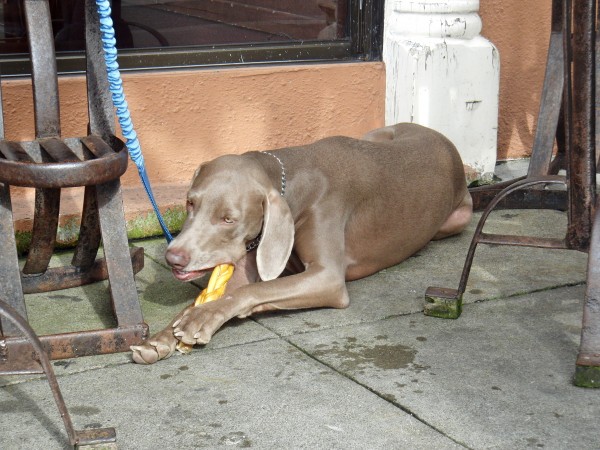 See? Kaya is monomaniacal. Also: Weimaraners have the softest ears ever. If I had one, I would quickly develop a ear-petting habit. I bet it would drive her nuts. 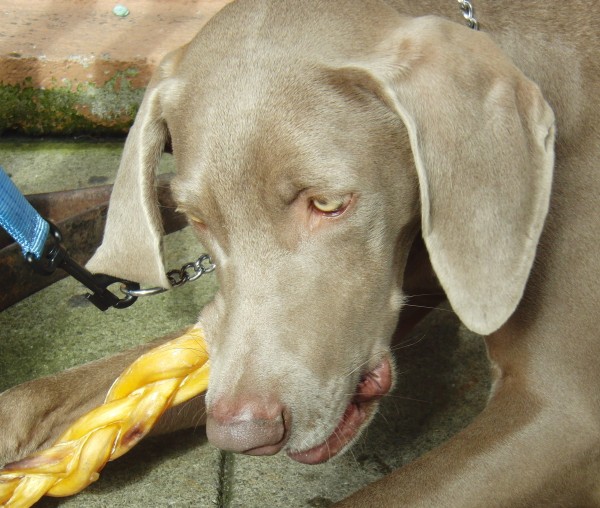 I thought this was going to be the best shot of Kaya's eyes that we were going to get. Note the tiny eyebrows and thick lashes. 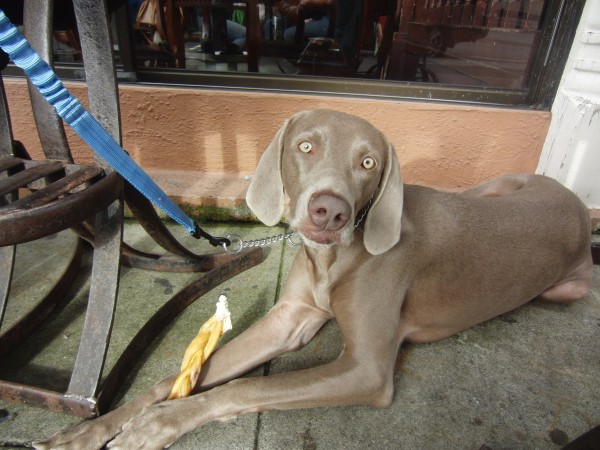 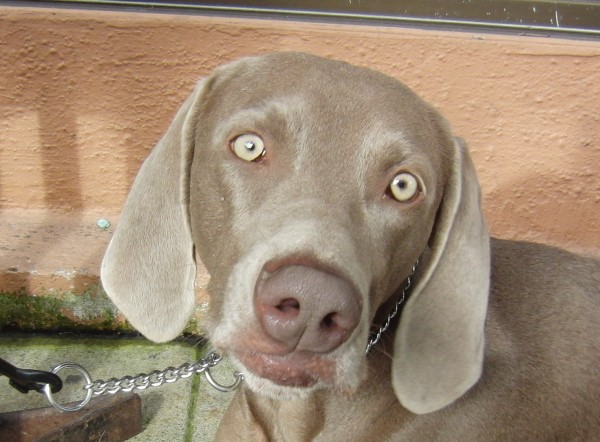 Close up of that face. Those eyes haunt my soul.

This entry was posted in Dog of the Day and tagged Bernese Mountain Dog, Golden Retriever, Mixed Breed, Weimaraner. Bookmark the permalink.