Dog of the Day: Basenji

I went out this morning with a camera that I got late last year and have barely, between being sick early in the year and homebound right now, been able to use at all. It’s a handheld Panasonic, with a 10x zoom and an oversized sensor.

I have to say, I’m somewhat disappointed at the quality, at least at the long end of the zoom. It was super-bright outside, and I had exposure bracketing on, and it has optical image stabilization, so I should have had at least some pictures that were sharp, even if they were the dark ones. I got almost nothing sharp. I’ll have to spend some more time with it, and see if I was just screwing things up myself.

Anyway, I did run across this cutie, and he’s the first basenji we’ve had since forever. 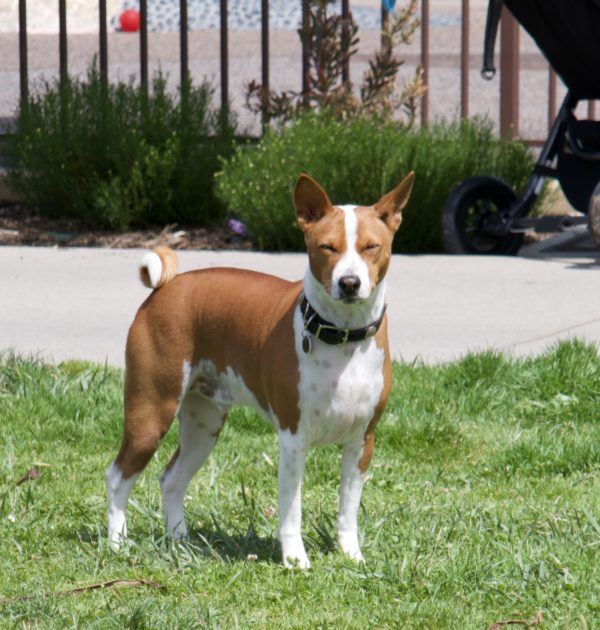 I wonder if they’re all that spotty under their coats?

This entry was posted in Dog of the Day and tagged Basenji, Lafayette Park, Pacific Heights. Bookmark the permalink.

2 Responses to Dog of the Day: Basenji