Was walking down the street near my apartment when I spotted this pup gazing soulfully out of his second story window at me. Every once in a while he gave this little dispirited-sounding bark.

Is that safe? Leaving your dog in a second-floor apartment with a window open? I guess most dogs aren’t dumb enough to leap out a window like that. 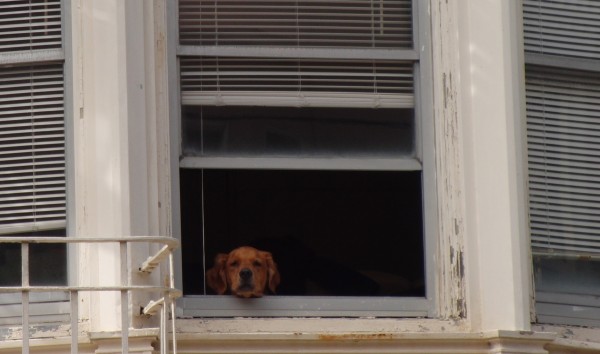 He looks so sad... it's almost like nobody has paid any attention to him in almost five minutes!

This entry was posted in Dog of the Day and tagged Labrador Retriever, Mixed Breed, Near Home, Nob Hill. Bookmark the permalink.