Not the best pictures I’ve ever shot (especially the second, which is kind of fuzzy, and not just because the dog was kind of fuzzy!) but I had to show off this amazing dog. As I approached the bar he was standing with his forepaws up on the wall and his head inside the window of ’21st Amendment’, a brew pub down in SOMA, just hanging out with his humans (which were right at the table inside.)  Sadly, I didn’t get a shot of that, but I can at least give you a good idea of what he looks like. And what he looks like is a happy-go-lucky half-Rottweiler, half-German Shepherd.

Hey, this is Dogs of SF’s one-hundred-and-first post!  I never thought I’d have the self-discipline to keep it up this long. Go me!

(Second picture is after the bark.) 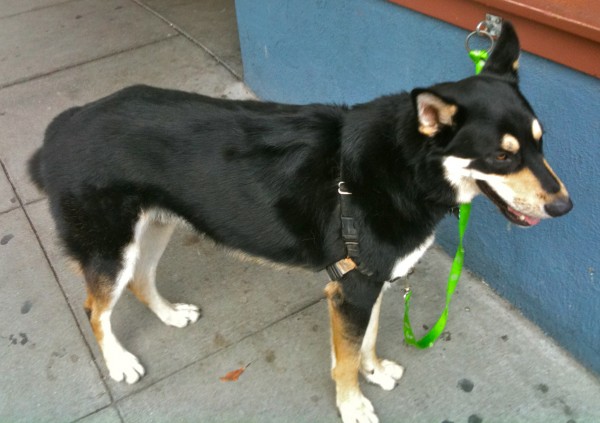 Look at that canine grin. And the eyebrows! 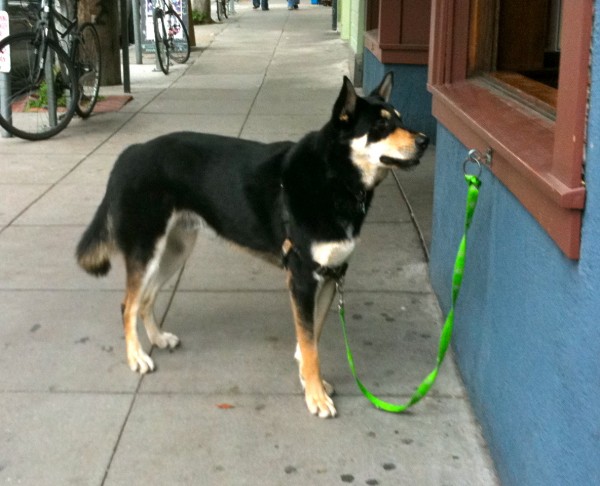 Tethered in just the right place so he could take part in his best friends' dinner conversation.

This entry was posted in Dog of the Day and tagged German Shepherd, Mixed Breed, Rottweiler. Bookmark the permalink.

12 Responses to Dog of the Day: Rottweiler/German Shepherd mix