Dog of the Day: Ceili!

Some wintery pictures of the honorary Dog of San Francisco, Ceili the wonder pooch. These came from Christmas in Indiana, where Autumn’s family (and Ceili) live. (Actually, a couple days after Christmas… it wasn’t snowy on Christmas.)

Ceili loves the snow, and loves catching snowballs in particular. 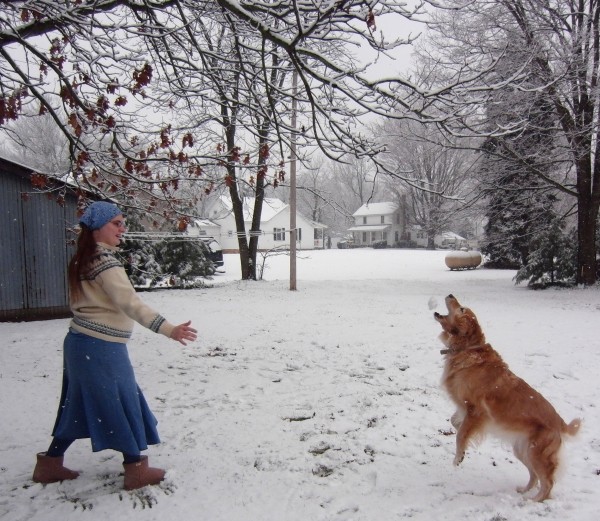 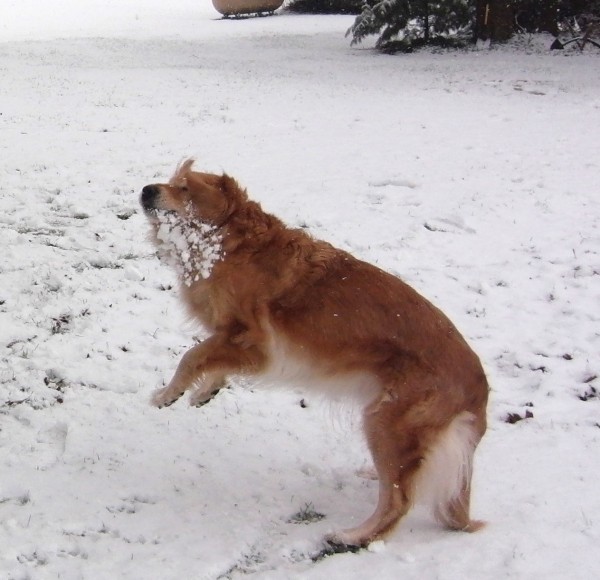 Ceili just adores 'catching' them. And then they disappear. To Ceili, that's just about the funniest thing ever. 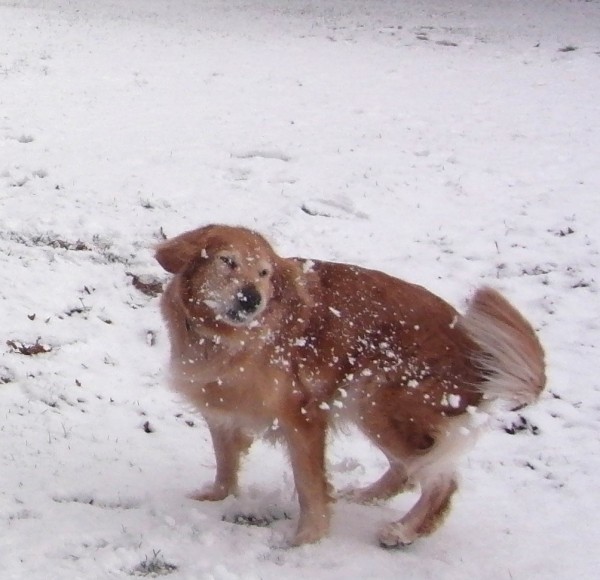 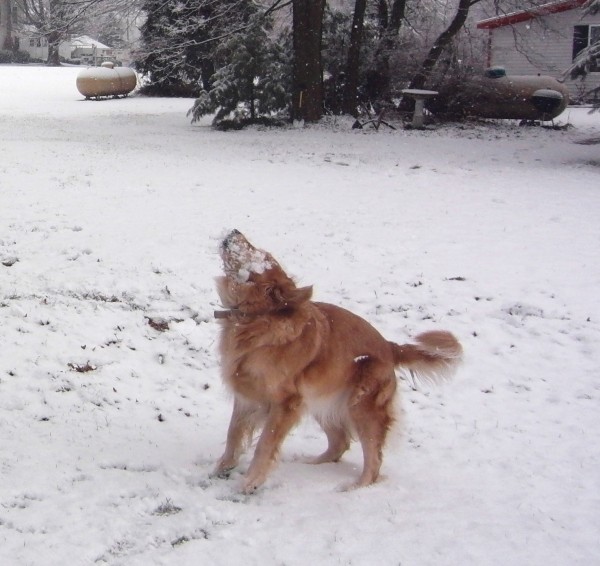 Ceili would have done this for hours if Autumn had been willing. 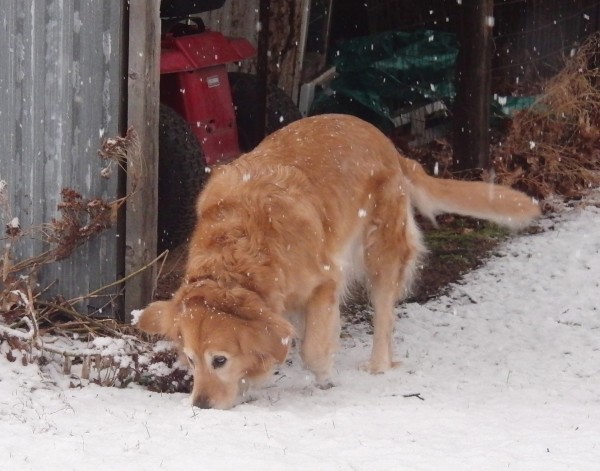 I've heard dogs can find mice and other rodents that burrow under the snow. Maybe that's what she's doing. But I prefer to think she's trying to figure out where Autumn keeps finding those snowballs.

This entry was posted in Dog of the Day and tagged Ceili, Golden Retriever, Indiana, Snow. Bookmark the permalink.

1 Response to Dog of the Day: Ceili!