Dog of the Day: Muji the American Eskimo Dog

Muji is Japanese for ‘uh, something, I’m not sure what, but it’s a Japanese word’. Amazing language, Japanese… such an incredible amount of information can be squeezed into just two syllables! 🙂 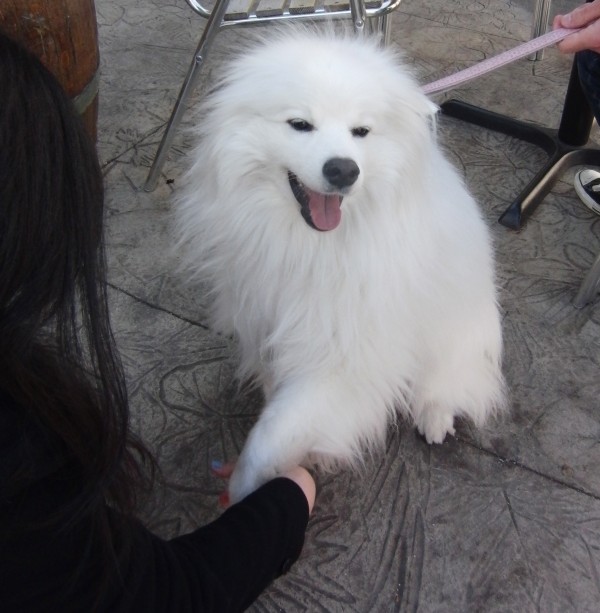 Muji is 2.5 years old, and is more or less the sweetest thing ever. Not protective, not shy, just super-friendly. 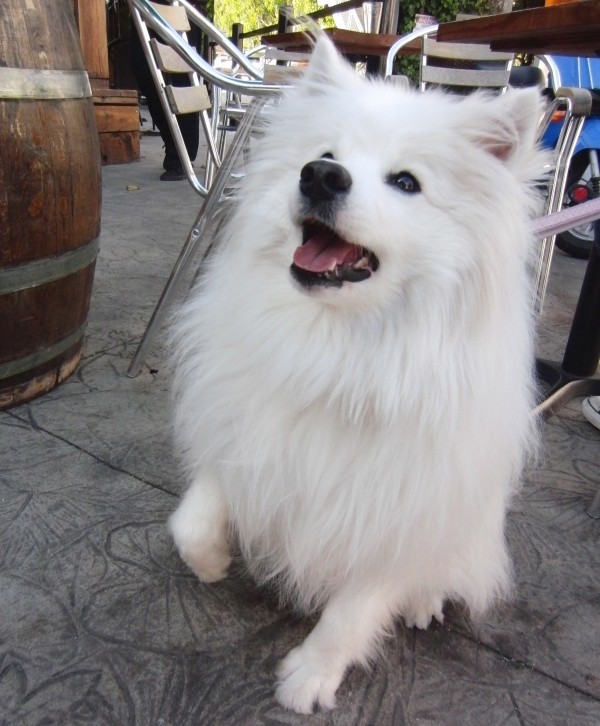 And, like every American Eskimo dog, she has fur that you just want to bury your face in. 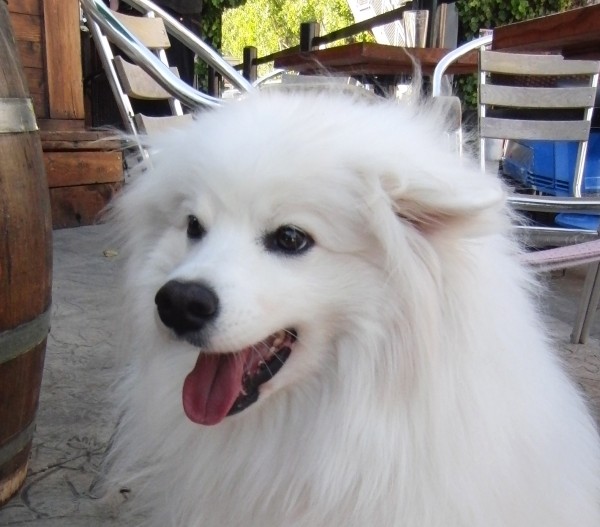 Another random factoid about Eskies: for some reason they seem to smell less 'doggy' than other dogs, even other cold-weather breeds. So if you bury your face in their fur you won't even regret it on that score! 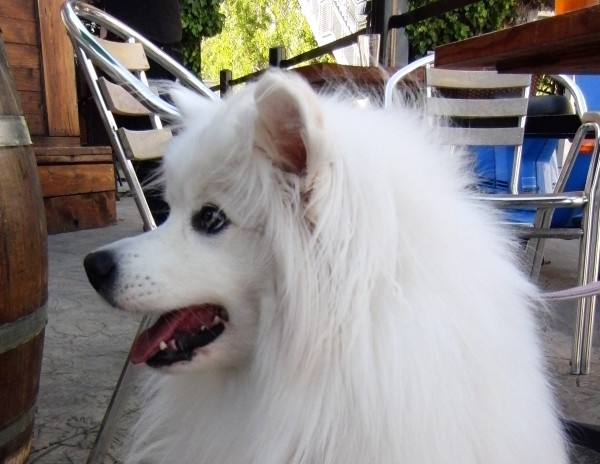 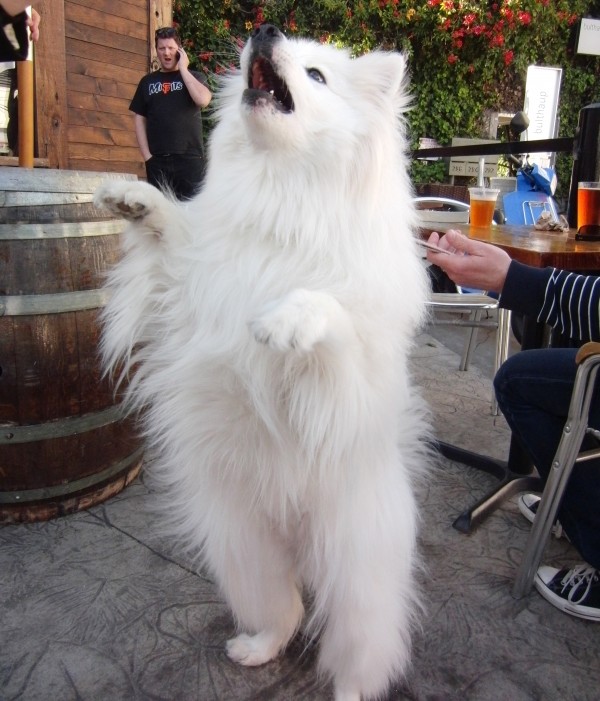 Good sense of balance, too. There is, of course, a treat involved in this feat, but that doesn't make it any less impressive. 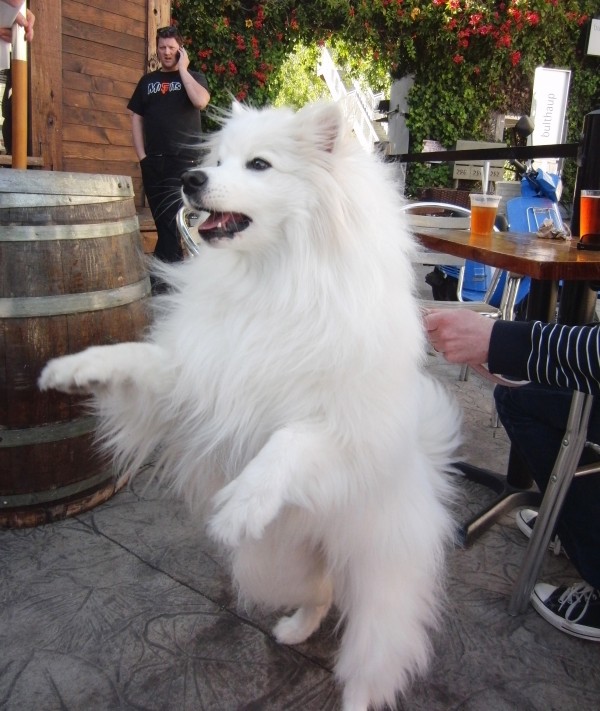 American Eskimo dogs were apparently originally 'German spitzes', until WW2, when anything with 'German' in the name was strictly verboten. As it were. 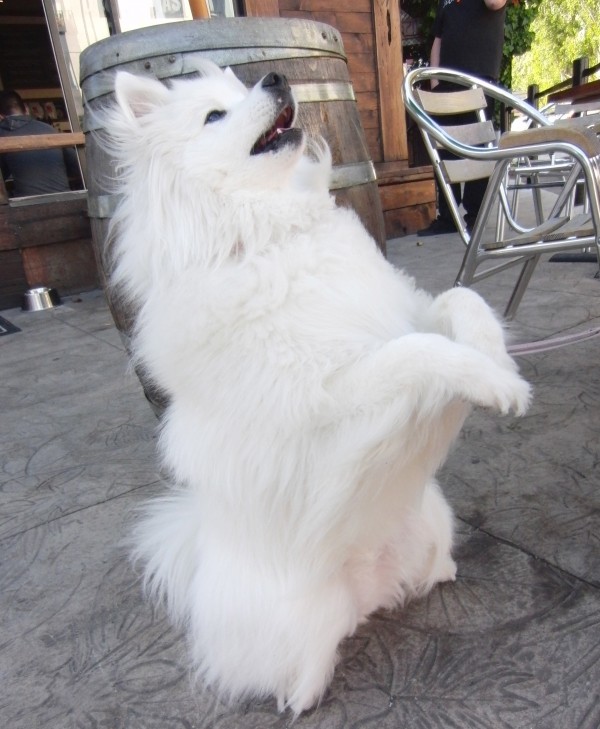 The bent paws do it to me every time. 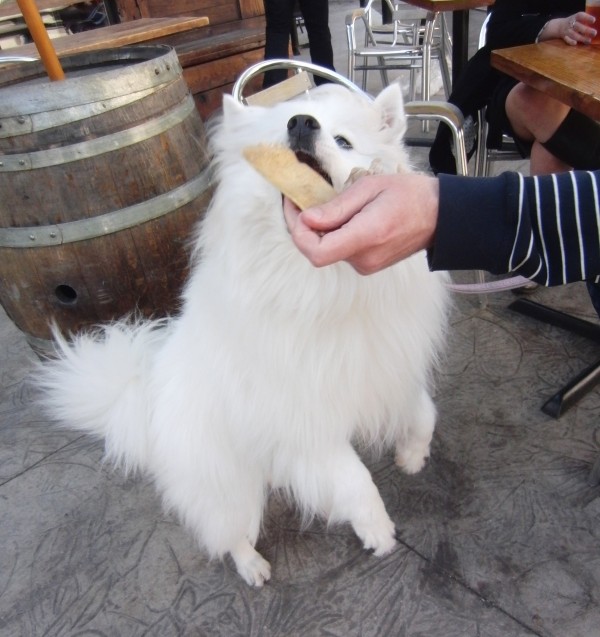 Not sure what kind of treat that is... kind of flat, isn't it?

This entry was posted in Dog of the Day and tagged American Eskimo Dog, Mission Bay, SOMA, South Beach. Bookmark the permalink.