Dog of the Day: Ozzy the 4-Month-Old Husky Puppy

There’s a little cafe called ‘OZ Lounge’ that’s right on my way home from work, if I walk home. It has jazz, most evenings. What it doesn’t normally have is an adorable 9-month-old husky puppy lounging outside listening to the music. With his duck. Who happens to be named after (or at least the same as) the cafe!

I’m going to have to stop by there more often, if he’s going to be hanging out there! 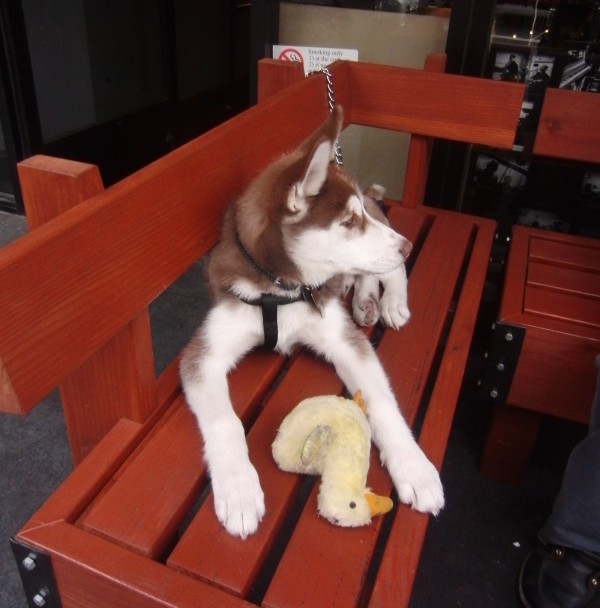 Perfectly mellow pup, as long as nobody came between him and his duck. 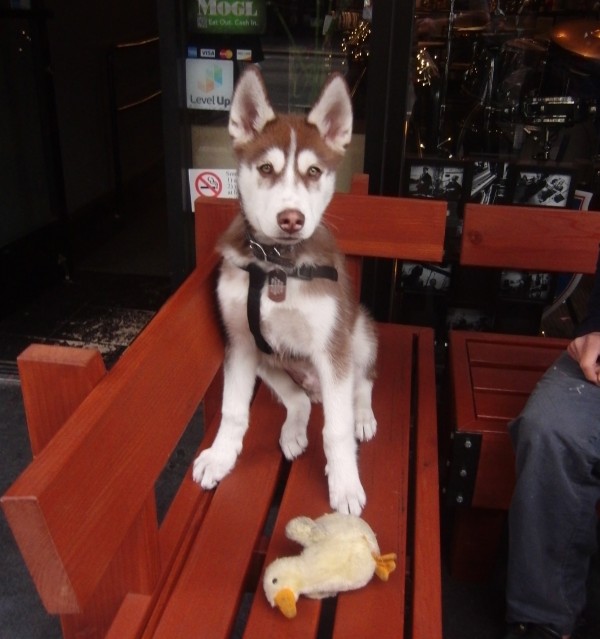 I always think of huskies as grey/black and white. The tan/brown ones are so striking. 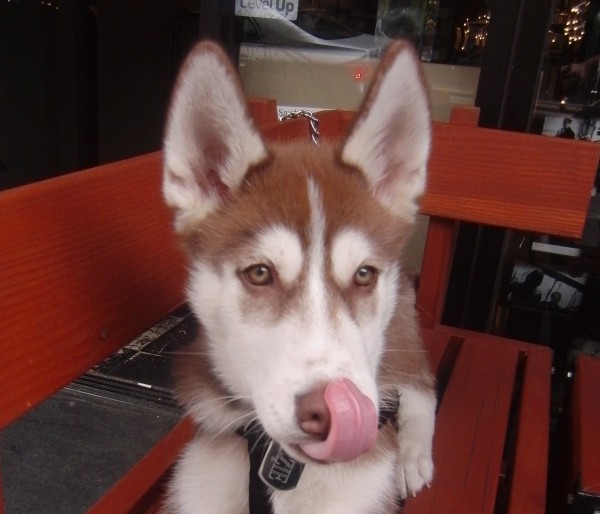 The markings really are amazingly intricate. 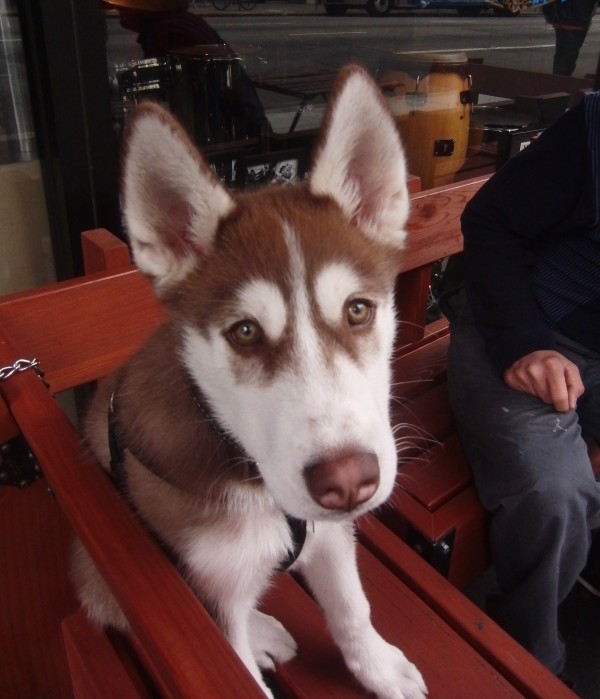 He really looks like he expects something from me.

This entry was posted in Dog of the Day and tagged Financial District, Puppy, Siberian Husky. Bookmark the permalink.

4 Responses to Dog of the Day: Ozzy the 4-Month-Old Husky Puppy