I’ve been running into Foxy since the middle of 2010, over in Huntington Park, on Nob Hill. I’ve only taken pictures once, when she was playing with a golden retriever (this was back in my iPhone days, and they didn’t come out so great). And then I ran into her again at Wags and Wine, and I figured, what the heck, I’m taking pictures of everyone else. And dad helped her show off a few tricks, too. 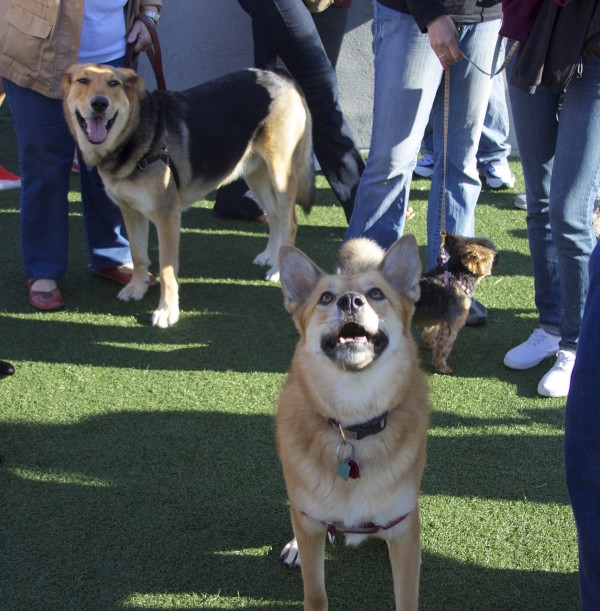 Not a fabulous picture in the foreground, but I love that dog’s expression in the background. Foxy must be a great jokester in dog language, since all the other dogs around her seem to spend a lot of time giggling. 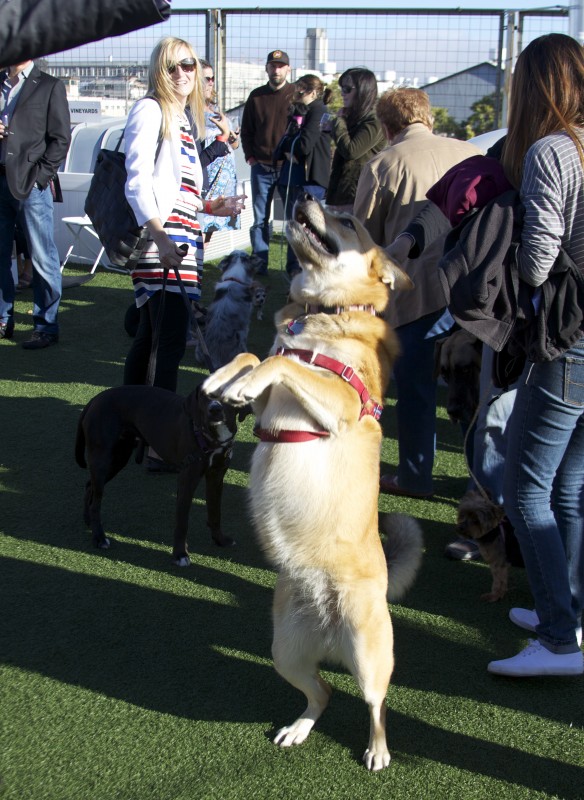 There’s a treat hovering above her. She was definitely focused, I’ll give her that. 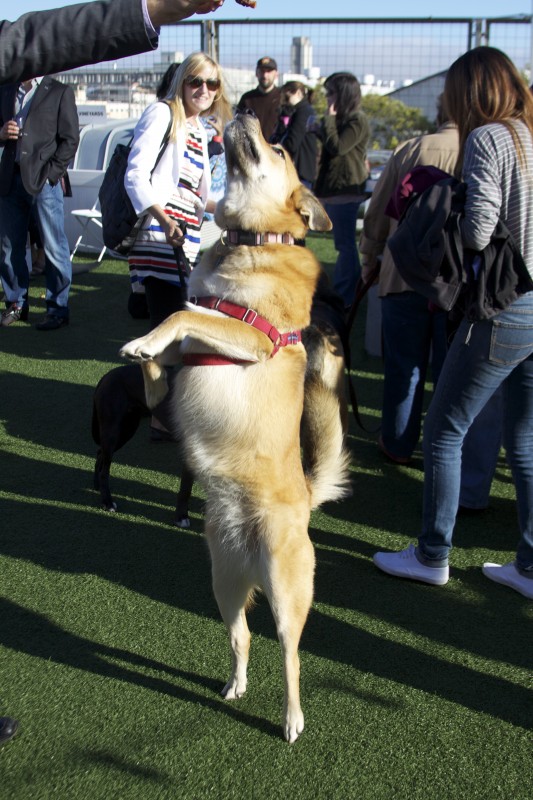 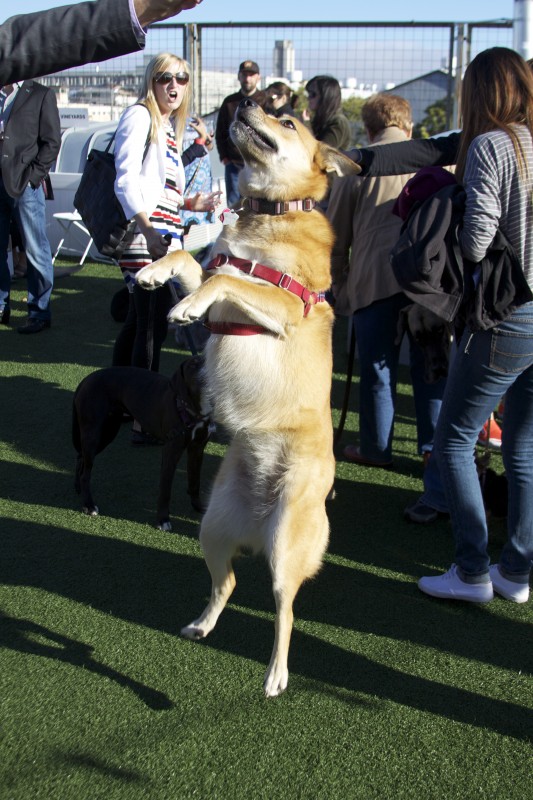 And a heck of a jumper: she got at least a foot of air leaping from her hind legs. Awesome! 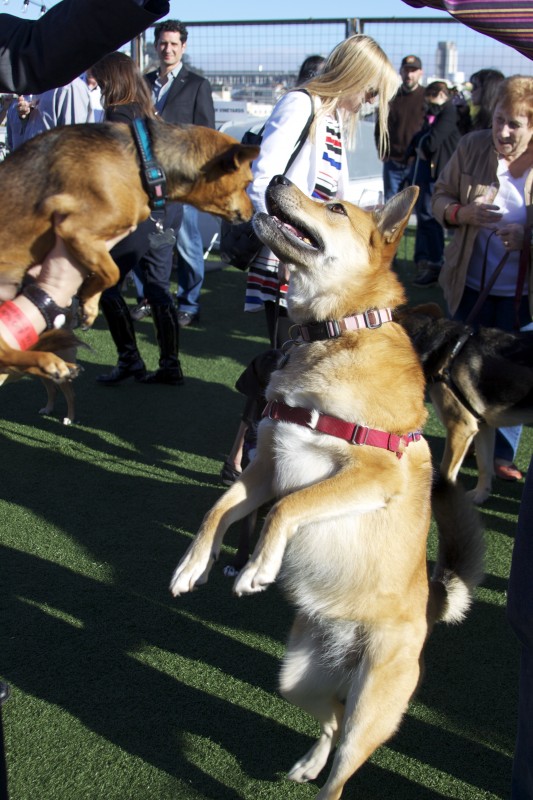 Foxy collecting some smooches from an admirer.