I got to visit these kitties in their PRISON in the back room of Macy’s. Won’t someone free them from this terrible, terrible bondage?

Incidentally, I just did a little research trying to figure out why the black kitty with the half-tortoiseshell face looks so striking, and it appears that it is due to a phenomenon called ‘X-inactivation‘, where the chromosomes they receive from one parent are deactivated, but which parent’s is deactivated is more or less random… and, on cats like this, it’s random depending on where on the body it is! So she looks like her dad some places and her mom some places. Neat! (WARNING: Huge oversimplification.) 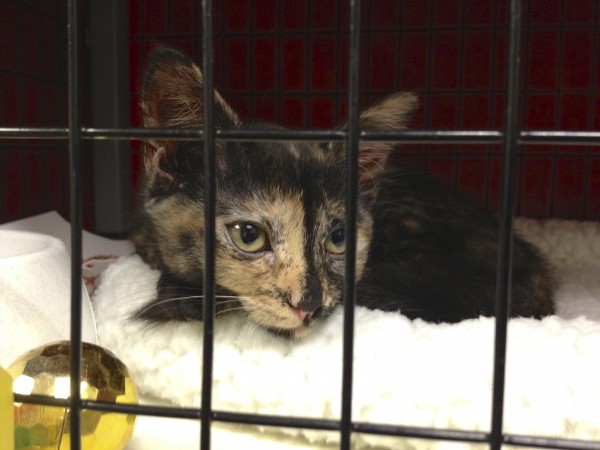 Q: Which half is cuter, the tan half or the black half? A: BOTH HALVES ARE CUTER! 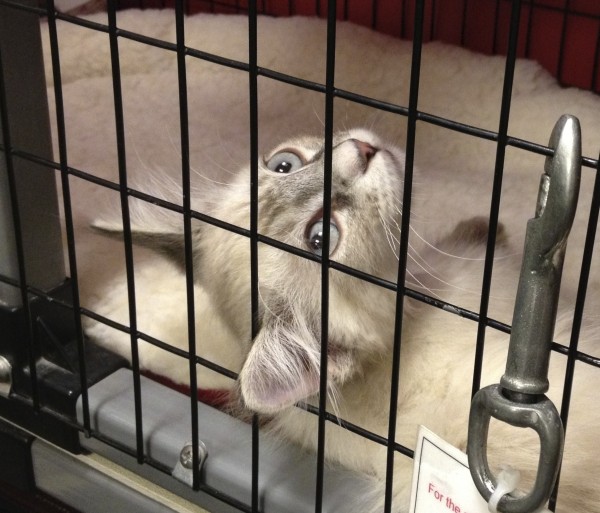 My god, that coloration makes me think of the word ‘decadent’.