Autumn got Cooper’s dad as a customer some time ago, and I walked Cooper a couple times because Autumn was out of town. And then his dad moved, and no more Cooper; Autumn never even got to walk him once. Which was too bad because he was a joy to work with.

An oddity: my previous post says that Cooper is a labradoodle, whereas the notes from this time say that he’s a schnauzer mix. I am not sure which to believe, because he looks like both. (So maybe he is a poodle/Labrador retriever/schnauzer mix? Who knows?) 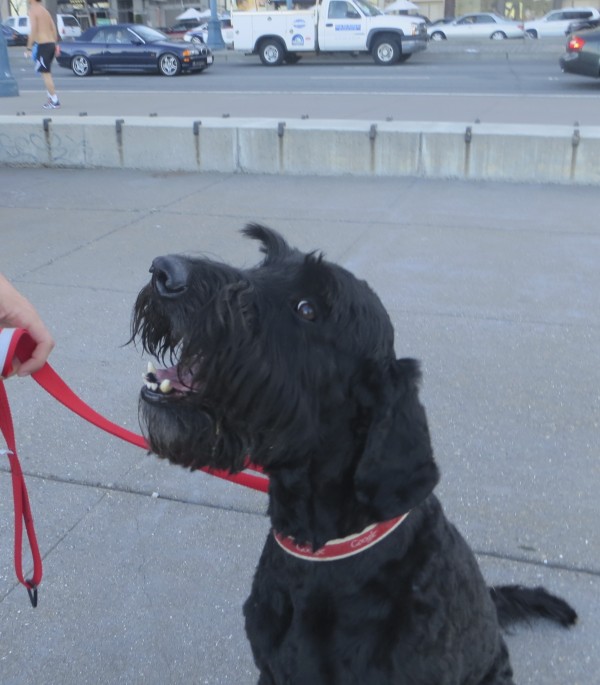 He has the monster eyebrows OF DOOM. 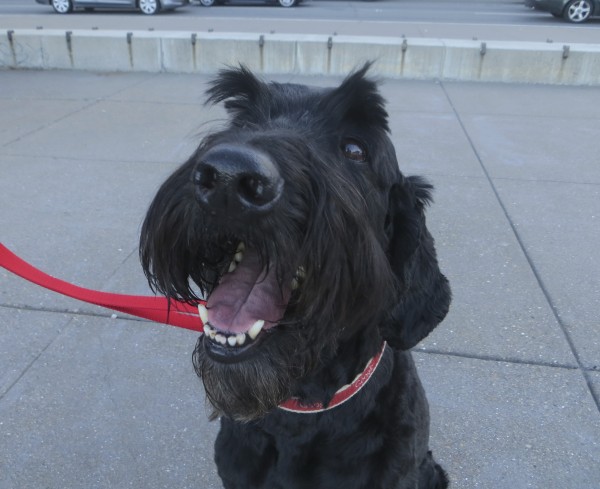 Autumn is so jealous. (We ran into Cooper’s dad later on, together, at a local watering hole, but Cooper wasn’t with him.) 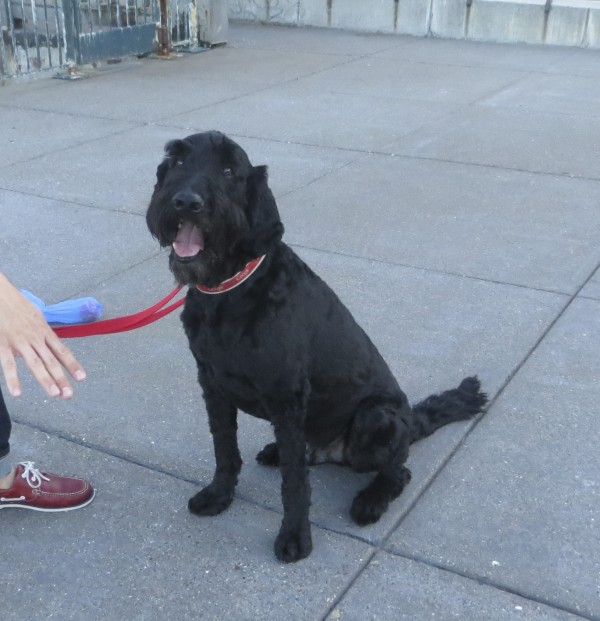 I still think there needs to be a mini-Cooper to go with him. Teacup poodle? Miniature schnauzer? 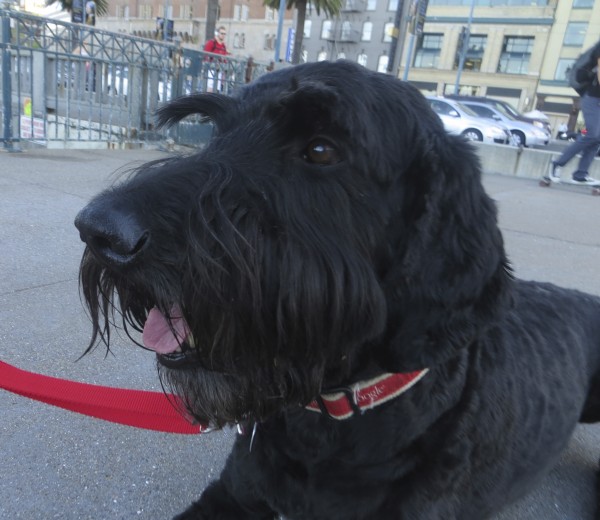 One of the times I took him walking, we went jogging instead. He is a great jogging partner.

This entry was posted in Dog of the Day and tagged Embarcadero, Giant Schnauzer, Labradoodle, SOMA, Unknown Mix. Bookmark the permalink.