CORGI WEEK: The Adventures of Nico and the Spotty Puppy Belly OF DOOOOOM!

I was wandering around San Francisco yesterday, and decided to stop by Lafayette Park, which has recently reopened after being closed for, what, a year? Two? Anyway, I was chatting with a woman about her boyfriend’s dog, when the best kind of serendipity happened: I looked up, and there was a corgi for corgi week! And not just any corgi: a ridiculously cute corgi puppy. I of course ran off after the puppy. To the woman I was talking to: I’m sorry if I was rude. I realize most grown men don’t run squealing after dogs, even corgi puppies. But, well, I’m probably not the strangest thing you’ll meet in San Francisco, after all. 🙂

As for Nico, he is 4 months old, and was born on a farm in Georgia. Apparently his family wanted to be very sure that the pups got good homes, so they actually flew out to San Francisco to make sure that he would be treated well. To them I say: you clearly picked the right people, because these two obviously adore their pup. As well they should.

PS: Anyone happen to know how to tighten up (get rid of the space in between the pictures in) the triptych at the end? I’m using an html table (couldn’t find any other way to get the pictures on one line.) 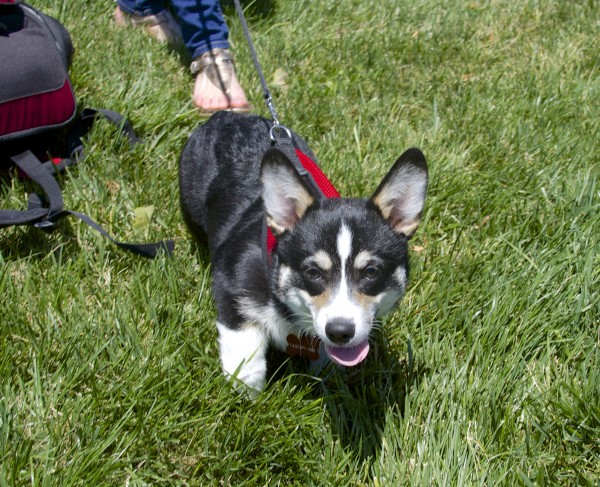 When I saw him from afar, I thought he was a cardigan pup. But nope, he’s a pemmie. 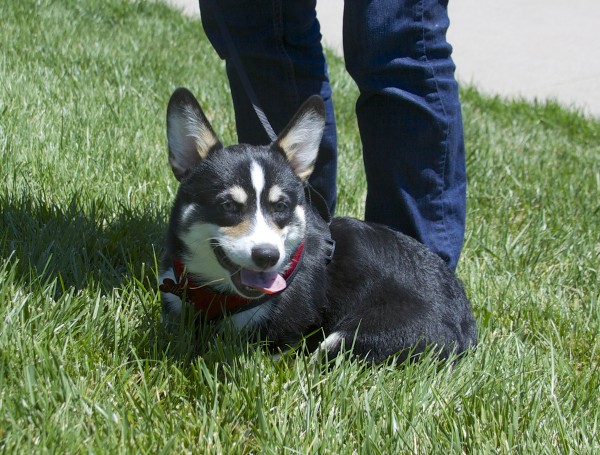 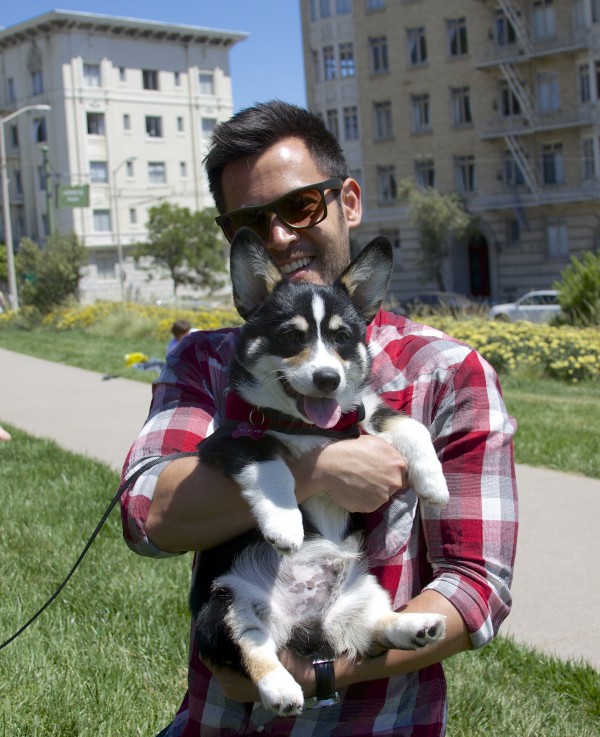 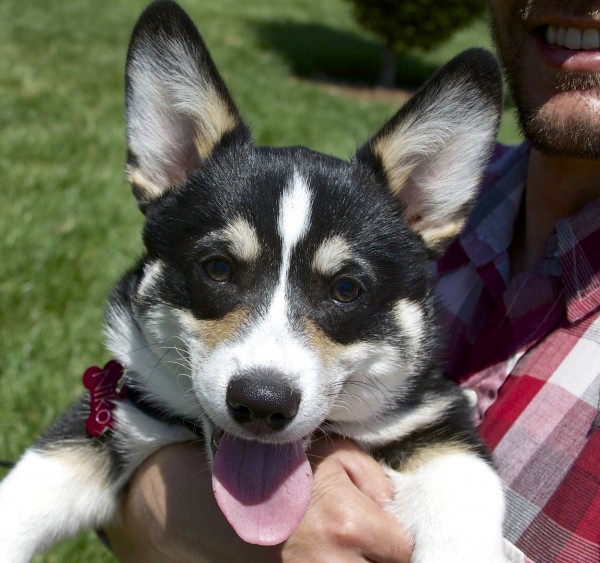 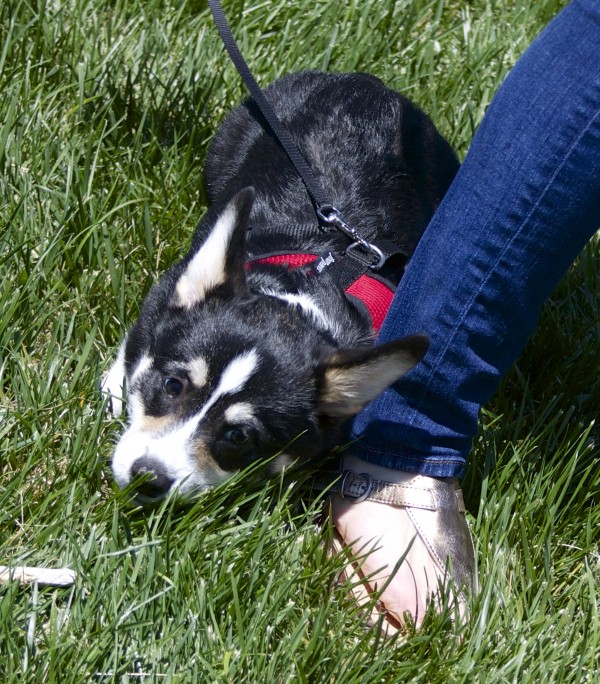 This entry was posted in Dog of the Day and tagged Lafayette Park, Pacific Heights, Pembroke Welsh Corgi, Puppy. Bookmark the permalink.

3 Responses to CORGI WEEK: The Adventures of Nico and the Spotty Puppy Belly OF DOOOOOM!