I realize I post a fair number of pictures of these guys, but hey… I like ’em.

I love their teeny tiny ears. 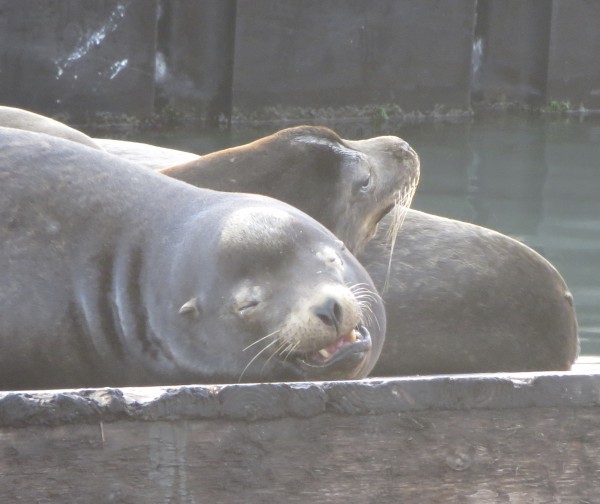 I have six shots of this guy, all taken right in a row. In only one of them, the third one, he grinned at me like this, just for a split second. 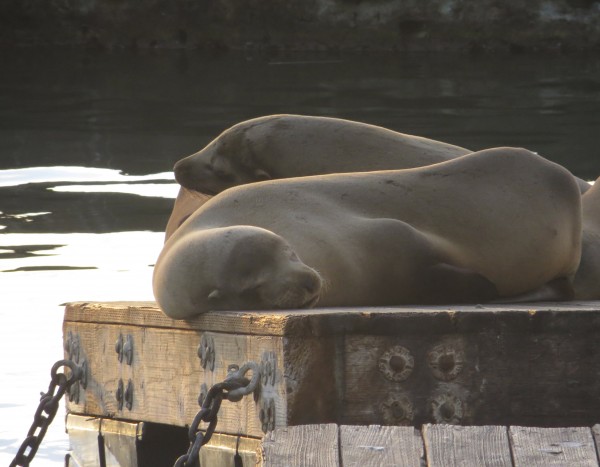 I swear sea lions have some ferret in them. 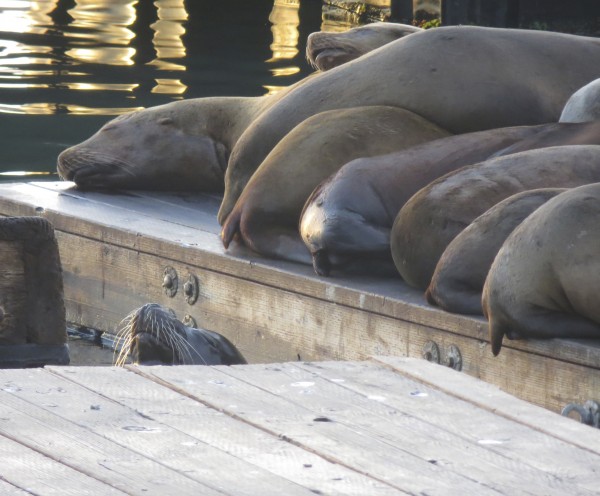 I was taking this one to get a picture of the ridiculously little bitty tails, but then this guy in the water kept bobbing up and down in front of ’em. 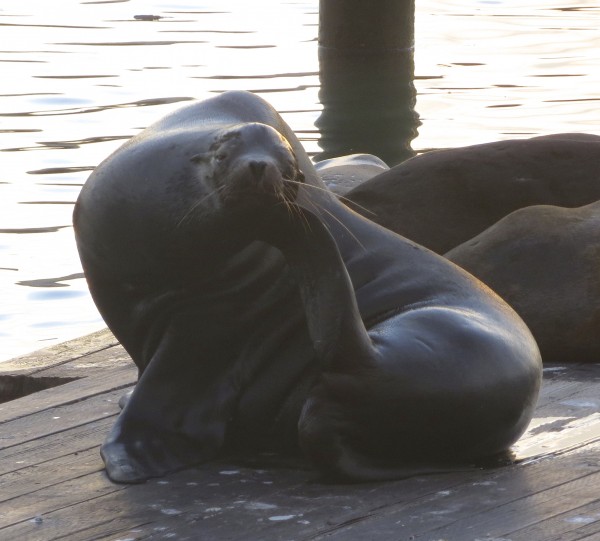 For some reason when I first saw this guy’s picture I thought ‘Alfred Hitchcock.’ Now I don’t see the resemblance. The brain is a funny thing. 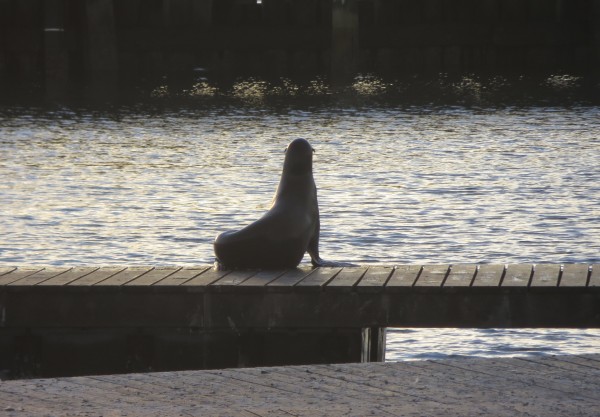 Every lazy Sunday must eventually come to an end.