Dog of the Day: Kuma the German Shepherd Puppy

Two puppies in a row! I saw them both on the same day, near the end of last year. Kuma was 5 months old, and had not quite grown into those ears… assuming she ever will.

See what I mean about the ears? 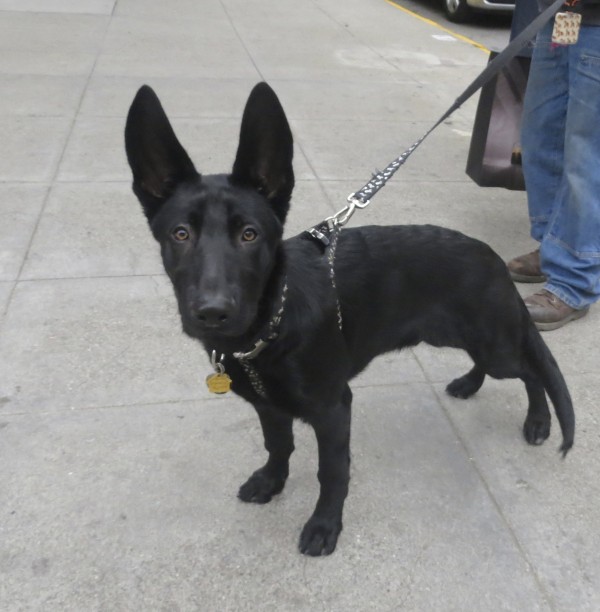 She wanted to greet everyone who walked by. Which is pretty tough on a busy sidewalk in downtown San Francisco. 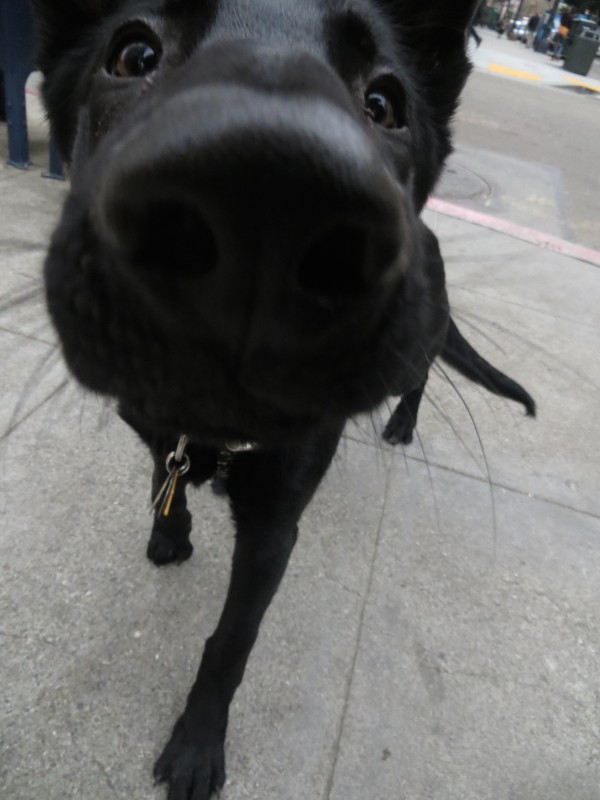 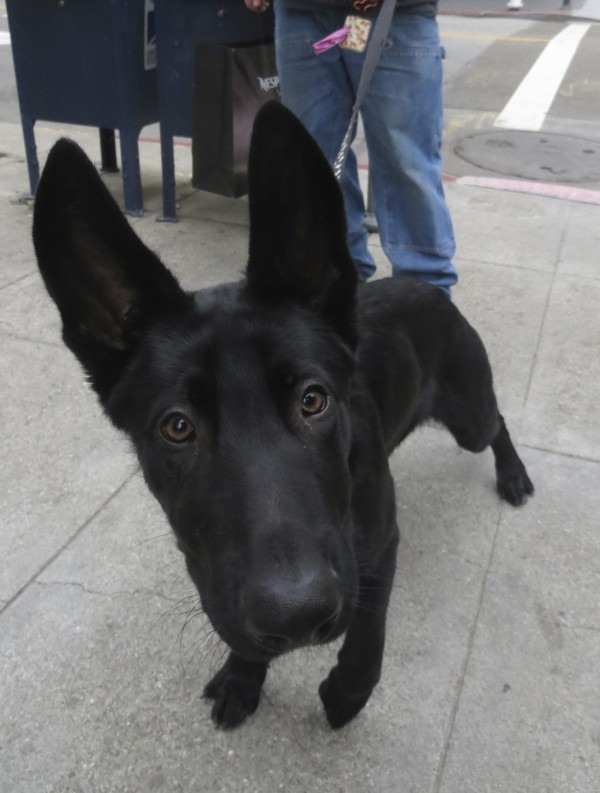 Adorable puppy head tilt. My camera made clickity noises, and she was intrigued. 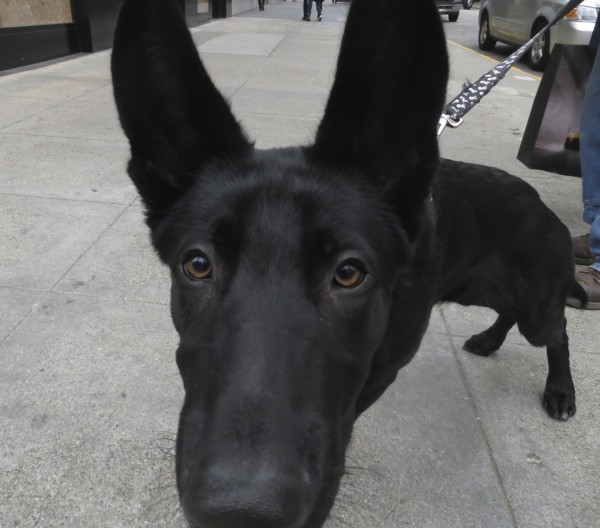 This entry was posted in Dog of the Day and tagged German Shepherd, Union Square. Bookmark the permalink.

2 Responses to Dog of the Day: Kuma the German Shepherd Puppy