Dog of the Day: Louis the Italian Mastiff

It’s spelled Louis, and pronounced Louie. You know, like French. Except that he’s an Italian mastiff, not a French mastiff, so what’s up with that?

Well, anyway, as you can probably tell from the photos, he’s just as sweet as any mastiff, and calm in a crowd, too. 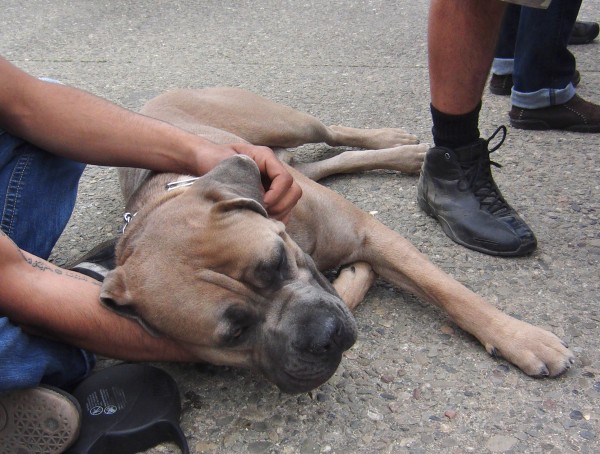 He was so mellow that it took a while for him to figure out that I was paying attention to him. 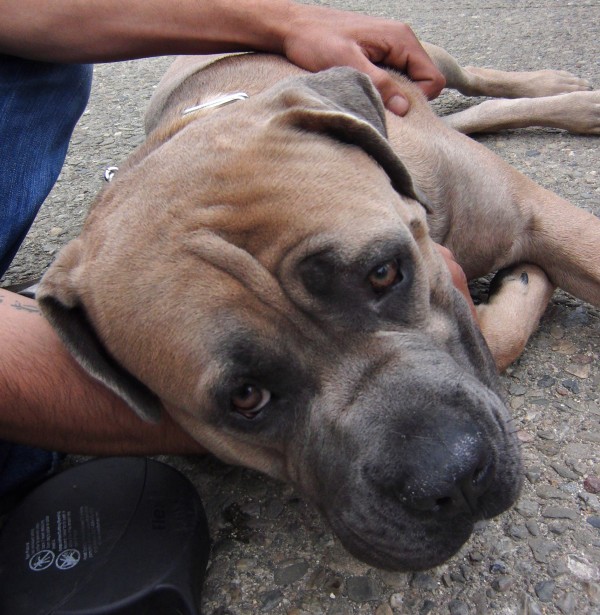 Such a sweet face. So concerned-looking. I think it's the furrowed brow. 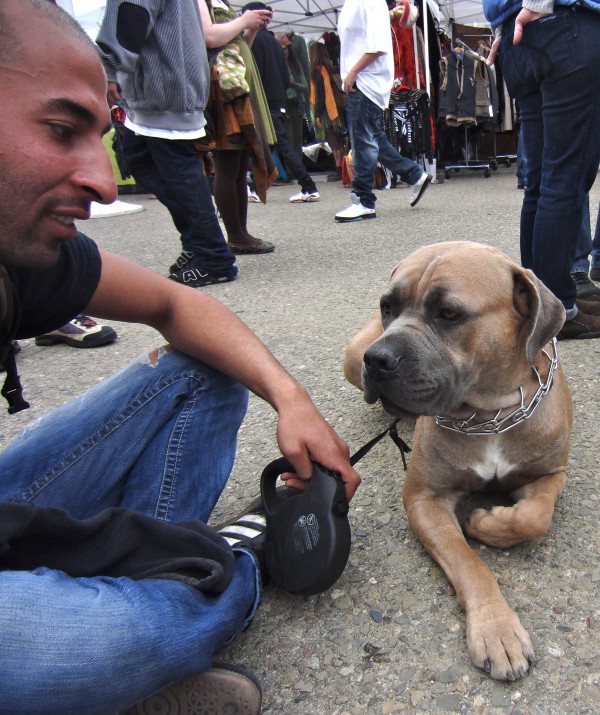 Louis and his dad. I'm pretty sure he was a visitor to San Francisco. 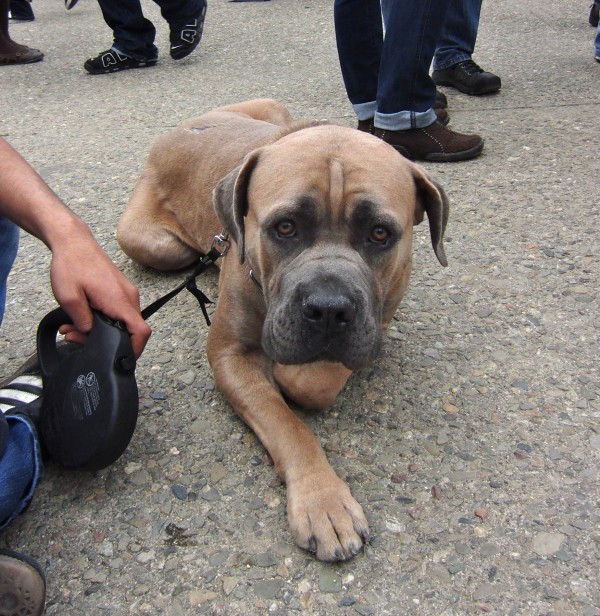 Can't remember what the minor scar is on his flank. Seem to recall it was nothing to worry about though. 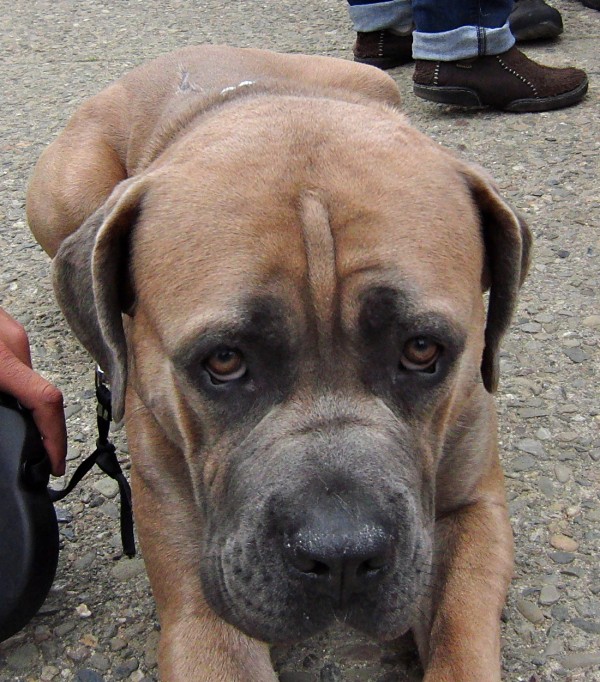 Awww. For a big dog, he sure does have the 'puppydog eyes' down pat.

This entry was posted in Dog of the Day and tagged Capital Plaza, Civic Center, Italian Mastiff. Bookmark the permalink.