Dog of the Day: Indy the Treeing Walker Coonhound (Now With Update!)

I nabbed a few pictures of this fine fellow (between 1 and 2 years old) back in January, and somehow managed to get him on the exact day that his new folks had adopted him. Welcome to the family, Indy!

UPDATE: Okay, as if running into Indy on the same day mom and dad picked him up from the SPCA wasn’t enough of a coincidence… guess who I ran into today, while I was on a trip to the dog park with Autumn and one of her canine charges? INDY!

He’s apparently settling into city life quite well, and comported himself like a perfect gentleman the whole time he was near me. I’ve added another two images, taken today, to the end of the post. Yay Indy! 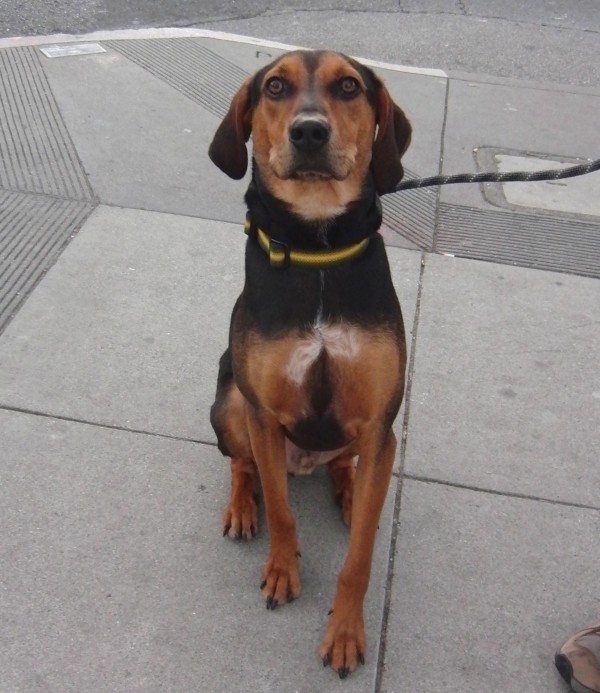 Quite a stare he has. Also... lucky parents. He already had mastered 'sit' and didn't leap all over me or do anything else ill-mannered. What a great first day! 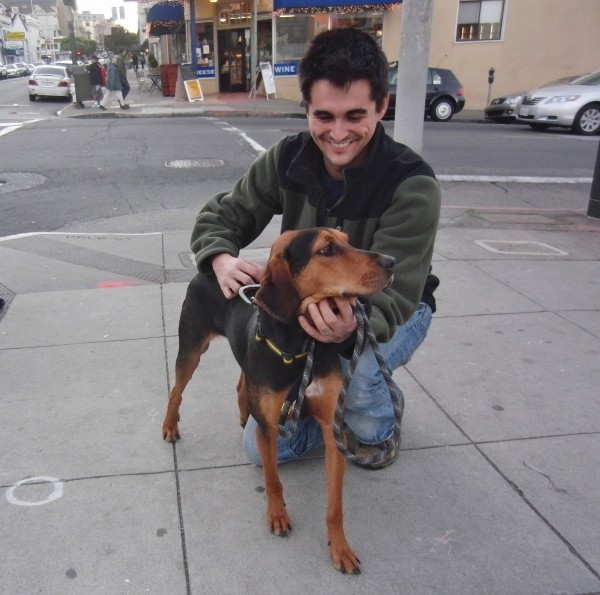 The proud new dogfather. Also, that's my favorite cheese shop in the background there. 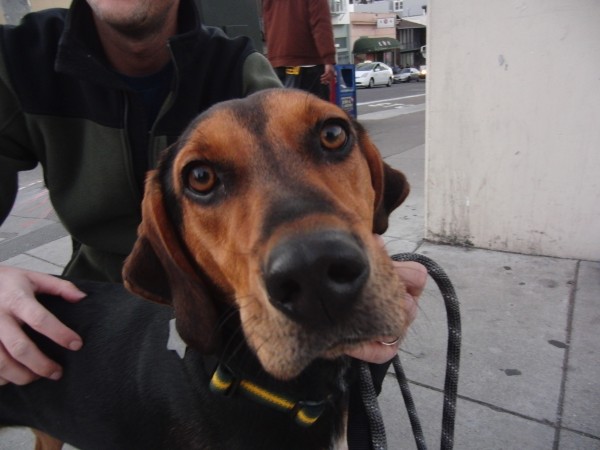 Wonder what he's mixed with? 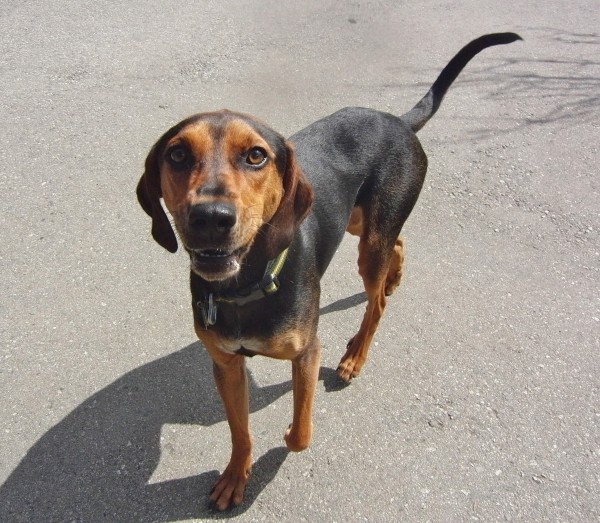 Most of my latest round of pictures were ruined by a bit of dog-nose slime that a certain corgi left on the lens. 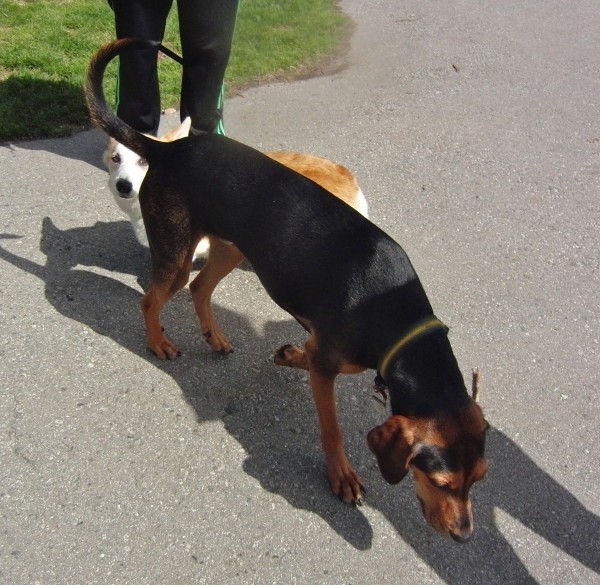 Yup, that's the one. Tidus greets Indy in that most canine of rituals.

This entry was posted in Dog of the Day and tagged Polk Street, Russian Hill, Treeing Walker Coonhound. Bookmark the permalink.

9 Responses to Dog of the Day: Indy the Treeing Walker Coonhound (Now With Update!)