Duchess is one of Autumn’s Pup Scouts dog walking customers, and since Autumn was out of commission today (possible flu, definitely something nasty) she asked me to walk her. So I took her up to Huntingdon Park, where she happily gamboled around, tried to leap into the fountain, and played with all the other dogs.

Alex was there too, and he is utterly adorable. He was playing with Duchess. They seemed to be having a blast, but I tried to keep her back a little bit (and kept her leash on her), since this is the first time I’ve ever walked Duchess and I wanted to be kind of conservative. Still, they were clearly enjoying themselves.

And then Duchess leapt over Alex, and sat on him for a second or two, and then he wrestled her around and pinned her down (not aggressively, just play-fighting) and then she got up and took a few steps away, and I noticed that she had somehow gotten the leash off. (Uh oh!)

Well, she wasn’t running away, so I wasn’t too worried, but I went to pull the leash up so I could put it back on her, and I discovered the true extent of her talents. The leash wasn’t attached to Duchess’s gentle leader any more… it was attached to Alex’s collar. By the same D-ring that his own leash was attached. So now Alex had two leashes on him, and Duchess had none.

I would not have believed it if I hadn’t seen it with my own eyes. I promise you that, in the amount of time this happened, I could not have done this with my own hands. This dog bears further watching; she may end up being the next Harry Houdini. 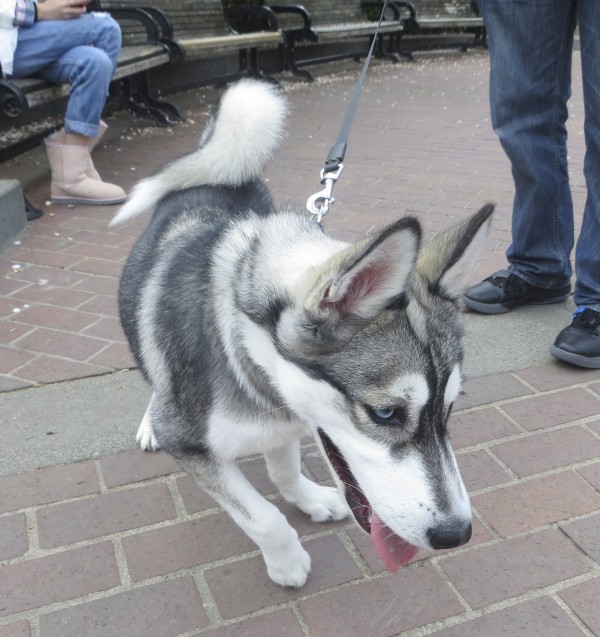 Some huskies start out goofy and only get goofier as they get older. I bet he’s one. 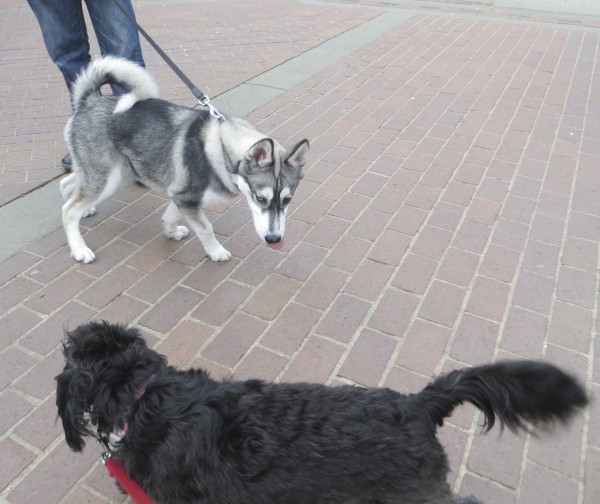 They really did seem to like each other a lot. I hope she runs into him again sometime. 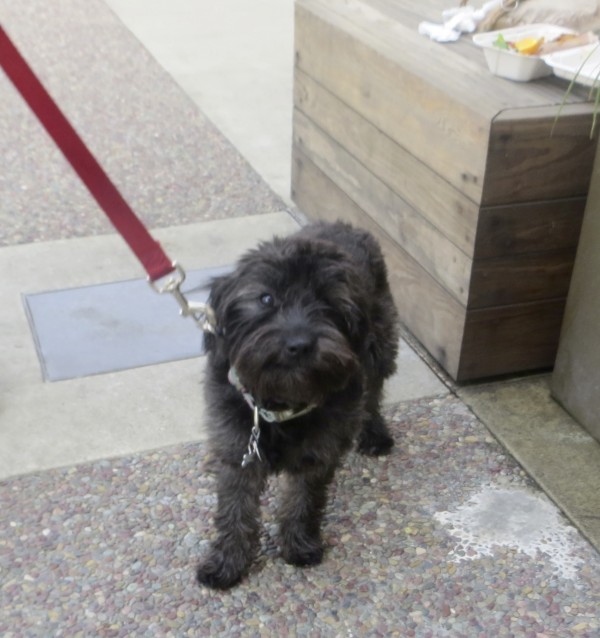 A little blurry. I will have to shoot some more pictures of her sometime, and fully capture her cuteness. 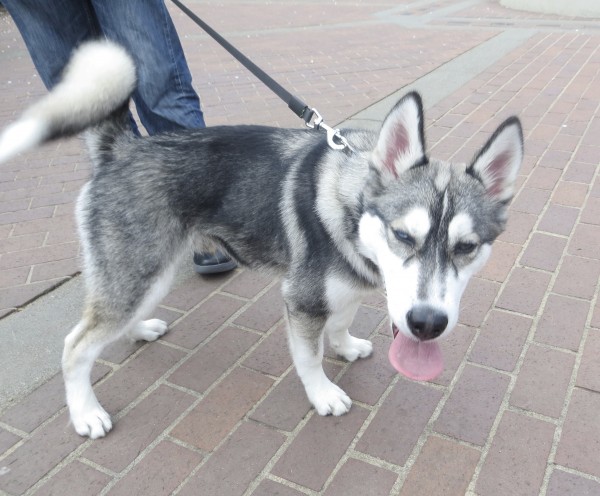 Husky-tongue. You can ALMOST see his different-colored eyes in this one.